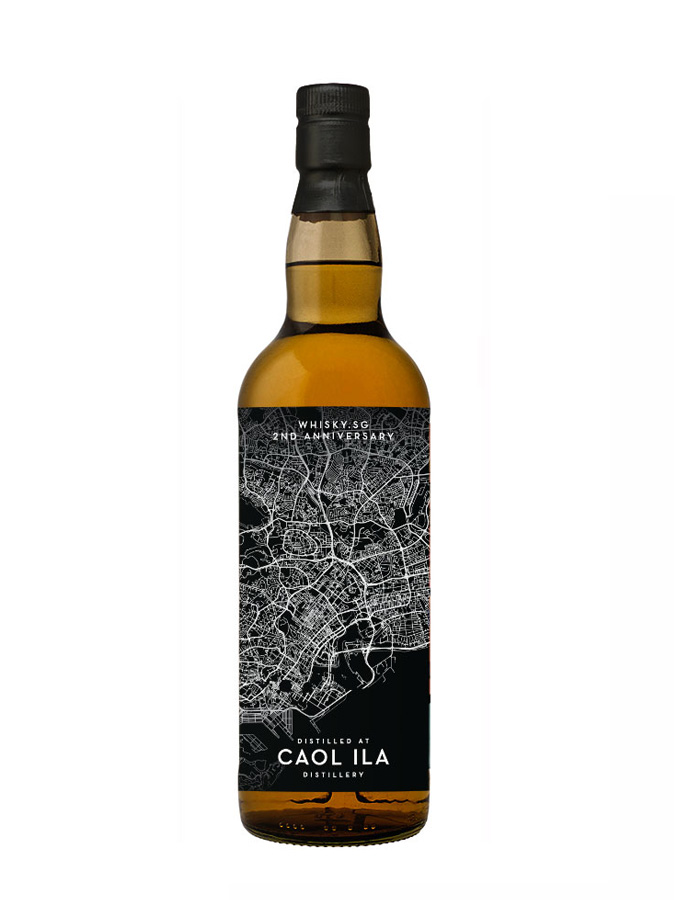 Bottled exclusively for Whisky.sg 2nd Anniversary, this Exclusive Single Cask releases is selected by the LMDW Singapore team. It is a Sherry Butt Finish.

Sat just along the coast from Port Askaig, Caol Ila looks out over the Sound of Islay towards Jura. Despite its relative proximity to civilisation, it is relatively hidden, thank to the steep descent down to the distillery from the main road – as Alfred Barnard said of his visit in the 1880s: ‘But the way is so steep, and our nerves none of the best, that we insist upon doing the remainder of the descent on foot, much to the disgust of the driver, who muttered strange words in Gaelic.’

While Caol Ila was founded in 1846, it has changed vastly over its history. By the time Barnard visited the distillery, it had already been completely rebuilt once, and it has been continuously expanded since then. In 1972, all of the buildings except for the warehouses were demolished and the current distillery was built.

Now the largest distillery on the island, producing double that of even Laphroaig, Caol Ila’s spirit is a key component of Diageo’s blends. However, over the past decade drinkers have had more opportunity to try the distillery’s whisky and it has been growing in stature as a single malt in its own right. With both peated and unpeated single malt produced at the distillery, there is a range of whiskies available, from the young and feisty to the old and elegant, with both official and independent bottlings picking up fans around the world.

Since their beginnings in 1988, Signatory Vintage have been regarded as an exceptional independent bottler of Scotch whisky. Their ranges have offered drinkers a chance to try whiskies from many of Scotland’s distilleries, a great deal which are not available in any other form.