Founded in 1956 by Georges Bénitah, La Maison du Whisky has established itself as one of the largest French specialists in the importing and distribution of rare whiskies. A leader in the sector, its dynamism has played an important role in the evolution of the French market for premium whiskies, and now also fine spirits. This expansion into fine spirits led to the opening of the new LMDW Fine Spirits shop at Carrefour de l’Odéon, in Paris. It is the result of an approach in this domain that is both international and artisanal.

The family business’s first shop was created in 1968, at 20 rue d’Anjou, Paris. This magnificent space, with its wooden paneling, is just a stone’s throw away the Place de la Madeleine and is entirely dedicated to malt whisky. It has also just launched a new Collector’s space, which is set to revolutionise the French market for rare spirits and whiskies. Two other Maison du Whisky shops have also been opened, one in Saint Denis de la Réunion in 2002, and another in Singapore, some four years ago.

A genuine pioneer, Georges Bénitah was, in the 1970s, one of the first to import Scottish malts to France. As for Thierry Bénitah, he is an expert in unearthing rare products and largely contributed to the recognition of Japanese whiskies amongst enthusiasts. And he is about to introduce these same enthusiasts to fine spirits such as rum, cognac and tequila, as well as mixology, whose popularity is intimately linked. All of which proves that La Maison du Whisky knows no boundaries and delights in pushing limits.

EXCELLENCE AS A GUIDING THEME

It is with sometimes almost excessively high standards, but also a huge amount of wisdom, that La Maison du Whisky continues its never-ending search for high-quality spirits. To do this, the company always strives for excellence with authenticity and is engaged in constant re-assessment.

At the heart of our activity lies the selection of new products, each revealing an original story, authentic savoir-faire and genuine personality. It is with a deeply-ingrained desire for completeness and exceptionally high standards that samples from all over the world are tasted every day. We also take a great interest in the new trends in drinking when searching for new products. And La Maison du Whisky never forgets the importance of introducing enthusiasts to these various drinking trends.

AN ADVENTURE THAT VALUES THE HUMAN FACTOR

It has to be said that La Maison du Whisky has evolved from being a master of the art to anticipating new trends and offering new sensory experiences. But that’s not all. Great importance is placed on human interaction and the relationships that are built, over the years, from generation to generation, with the greatest craftsmen in the world of spirits. The men and women whose products La Maison du Whisky is is keen to showcase. And not only their products, but also their skill, talent and commitment. 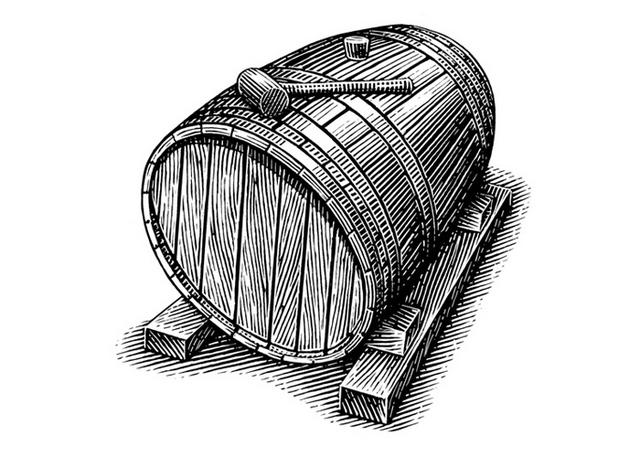 Unfalteringly passionate about the world of spirits, La Maison du Whisky is indisputably one of the largest French companies involved in the importing and distribution of whiskies and, more recently, fine spirits. Over the last twenty years La Maison du Whisky has selected numerous official bottlings as well as a plethora of whiskies from independent bottlers. A special selection of casks complemented by official releases bottled especially for La Maison du Whisky by the distillery owners themselves. Suffice to say, these releases are highly sought-after by collectors.

Thus, over time, its expertise and high standards in selection have led La Maison du Whisky to create its own collections and move towards the independent bottling profession. This has led to French enthusiasts being introduced to cask strength, un-chillfiltered and Japanese whiskies. And now, to all fine spirits!

2,500 independent wine sellers, large retailers such as Nicolas, and the supermarkets Auchan, Carrefour, Casino and Monoprix have all become special partners. A precious distribution network that also includes over 700 cafés, hotels and restaurants. This has meant that in 15 years, thanks to its perfect knowledge of the market, La Maison du Whisky has become the exclusive distributor in France for many of the major names in whisky, including Auchentoshan, The Dalmore, Glendronach, Jura, Compass Box and even Nikka.

In recent years La Maison du Whisky has also developed its portfolio of fine spirits, becoming the exclusive distributor for many top names in the world of rum, cachaca, calvados, cognac, armagnac, gin and vodka.

Furthermore, La Maison du Whisky is the exclusive distributor of Nikka whiskies, present in 32 countries in all four corners of the globe. Like its expansion into the world of spirits, its presence in the international scene is now undeniable.

A genuine internet pioneer, La Maison du Whisky was, in 1999, one of the very first French businesses to create an online store: www.whisky.fr. It is still the no.1 e-commerce site for whiskies and spirits, with 90% of its sales (in volume) coming from France and 10% abroad.

La Maison du Whisky also has a strong community presence through Facebook. La Maison du Whisky, LMDW Fine Spirits, Whisky Mag France and Whisky Live: the number of members grows every day. As does the intensity of these connections.

Every year since 1968, La Maison du Whisky has published its new catalogue in September. This has become an important reference work for the whisky and spirits industry. As has its Professional brochure which is published twice yearly. The first 12 page edition published in 1995 has grown to today’s catalogue with more than 150 pages. This publication is a unique, unparalleled tool for all professionals in the industry.

La Maison du Whisky also has a strong community presence through Facebook. La Maison du Whisky, LMDW Fine Spirits, Whisky Mag France and Whisky Live: the number of members grows every day. As does the intensity of these connections.

In 2010, in collaboration with the Flammarion publishing house, La Maison du Whisky published “Whisky l’Indispensable” a must-have for any whisky enthusiast, with 30,000 copies printed. La Maison du Whisky also organises an average of 10 major events every year. Whether these are trips, dinners or tastings, the aim is always to invite the enthusiast on a journey of discovery, whilst encouraging high quality and responsible drinking.

Thanks to its capacity for innovation, an international vision of the spirits market and genuine freedom in its discoveries, La Maison du Whisky has gained a reputation for anticipating trends. Its skills now also extend to consultancy and packaging.

WHEN WHISKY AND FINE SPIRITS GO ON SHOW

La Maison du Whisky has demonstrated its expertise in top-of-the-range spirits, and is never lacking in projects or innovative ideas. Which is what led to the creation of Whisky Live in 2004. A show entirely dedicated to the world of whisky, which has fast become an unmissable event for the general public and professionals in France and abroad.

Get a free French Connections Catalogue with any $80 spend on Whisky.SG