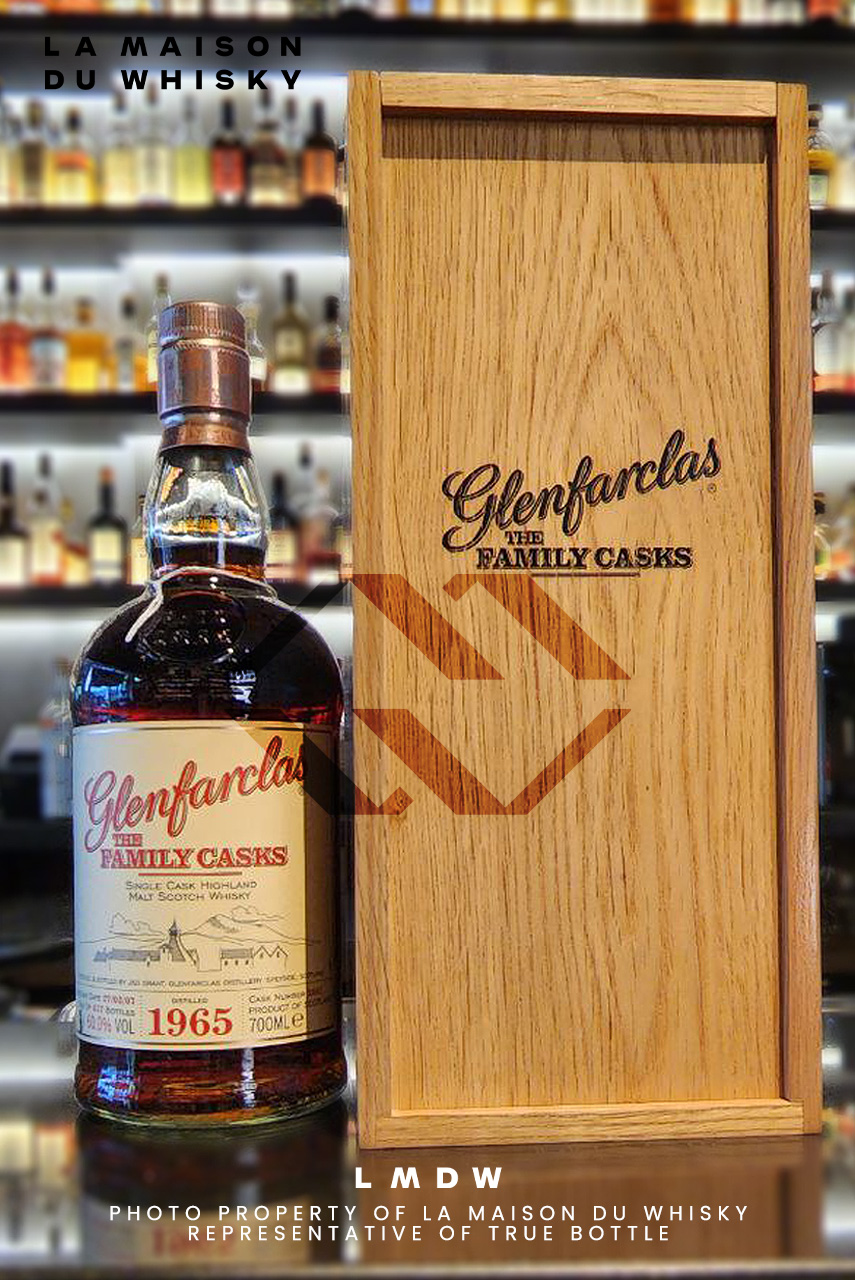 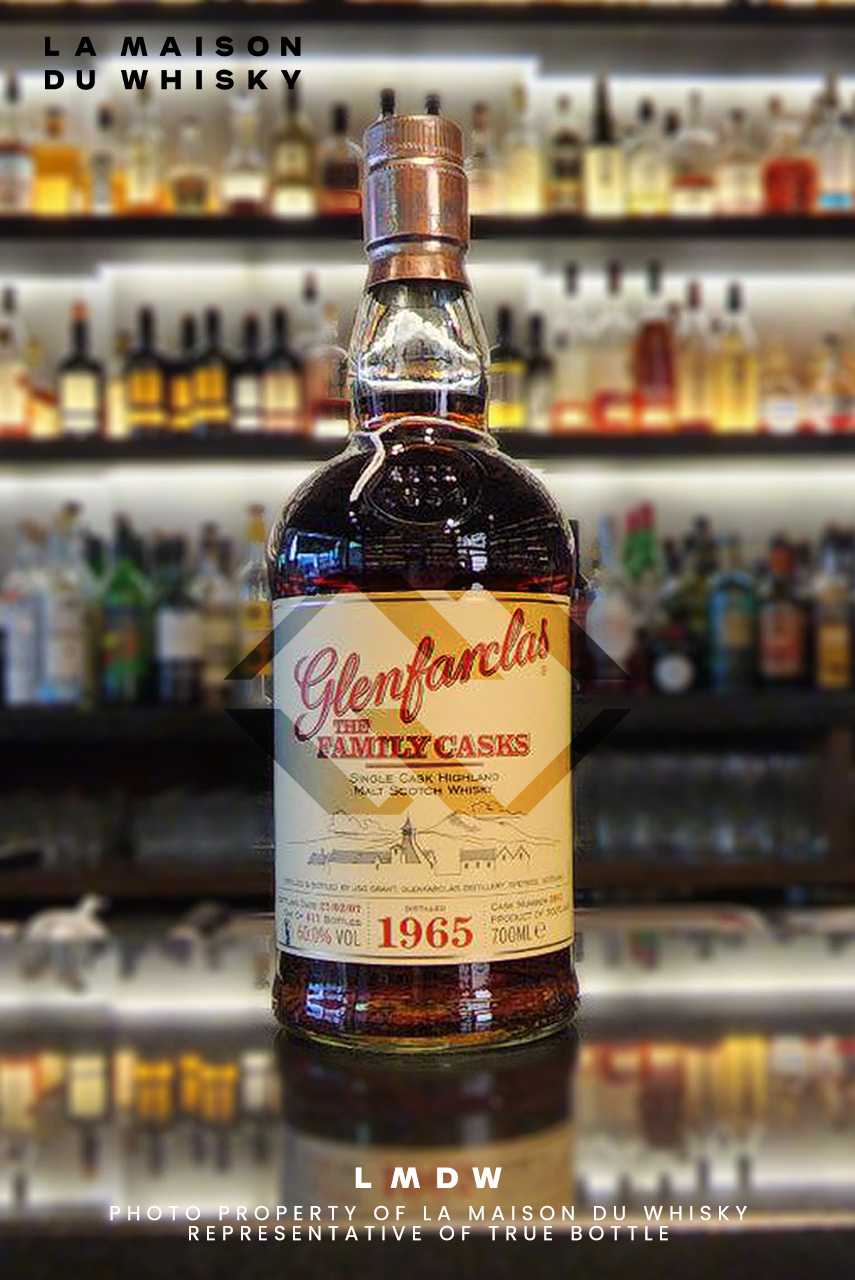 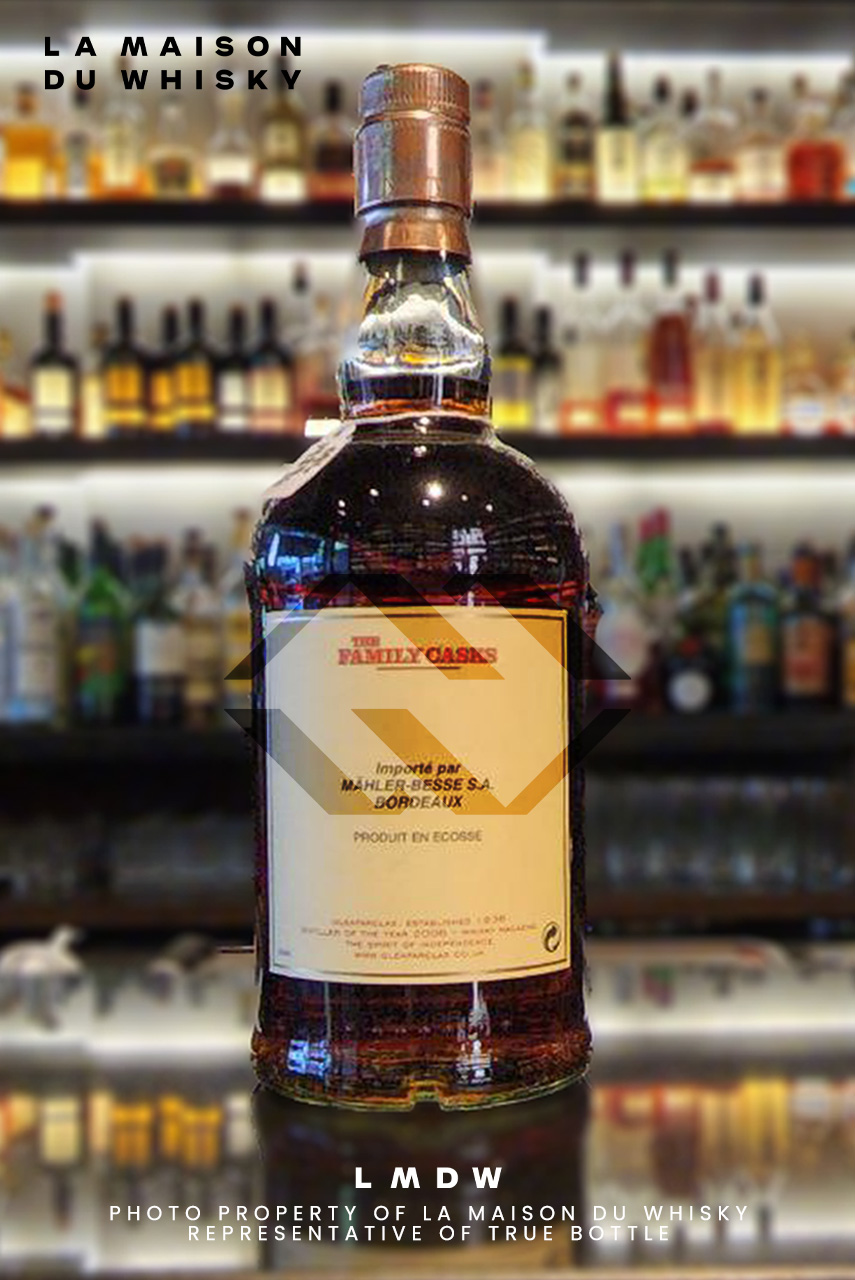 This Glenfarclas Family Cask 1965 (bottled in 2007) is probably the best Glenfarclas of the decade, a real treasure from Scotland.

Bottle & packaging: This bottle comes with a box. In perfect condItion.
All photos featured are of the actual bottles. Any defects will be clearly photographed & mentioned.

Glenfarclas is an independent distillery that has been producing a very traditional single malt since the 19th century. As proof of this, it has retained the same types of stills since 1836, prefers to age its single malt primarily in sherry barrels that are ten times more expensive than their American counterparts, and requires no less than thirteen people for its operation, with the handling of 52,000 barrels being done solely by hand. The Family Casks, which group together 43 consecutive vintages from 1952 to 1994 and are bottled barrel by barrel at their natural degree, are a perfect illustration of this wealth.