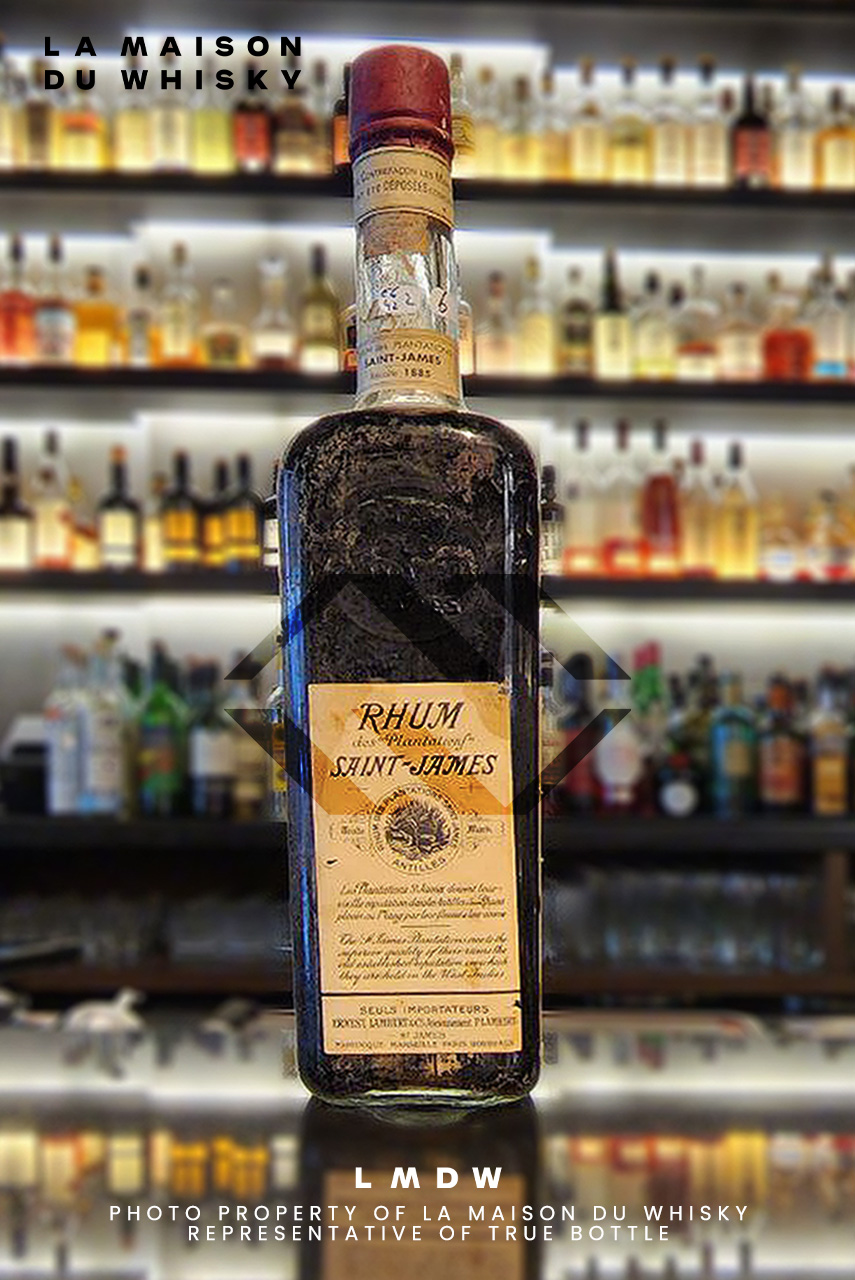 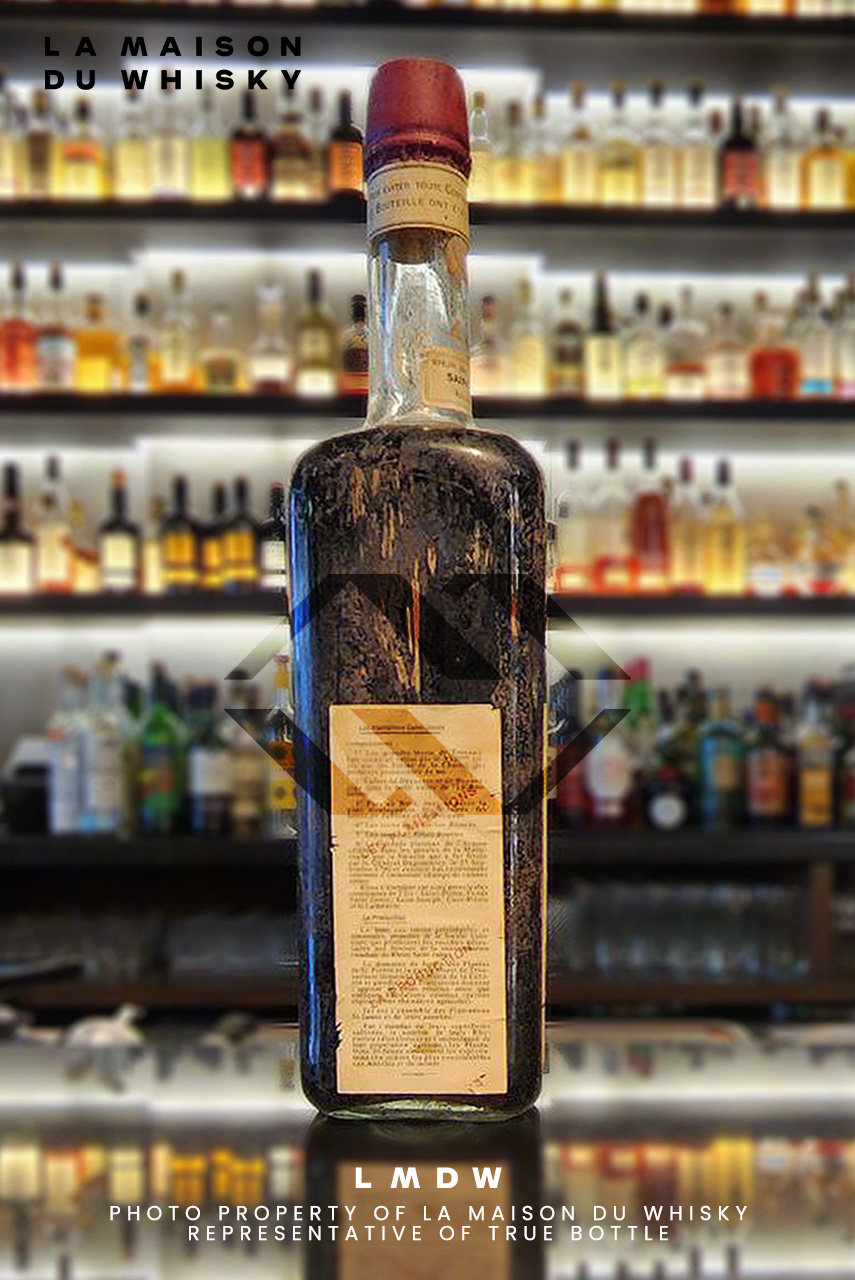 Distilled in 1885 at Plantation des Saint James – prior to the advent of pasteurisation and stainless steel fermentation vessels – the juice had to be gently heated to 40°C prior to fermentation in open wooden containers. Saint James was fortunate in 1902 that its Trouvaillant location was well-sheltered from the eruption of Mount Pelée, mercifully buried under ash rather than anything more destructive. The distillery was quickly back in operation and the incredible stock that produced this bottle spared. Having said that, it is still only by luck that any exists today, unearthed in cellars in Amsterdam, Paris and London.

This bottle dates to around the 1930s or 1940s when the company was still run by François-Paulin Lambert’s son, Ernest. The company was sold in 1955 by his widow following his death. It also predates the distillery’s switch to distilling producing agricole rum, so will have been distilled in the old style from a molasses wash.

Not only is this bottle one the great relics of rum and a true piece of liquid heritage, but reports from those lucky few who have sampled this sacred liquid – such as attendees of Luca Gargano’s Rum Tasting of the Century – attest that it is also a sublime tot, with Cyril of DuRhum awarding it 93 points.