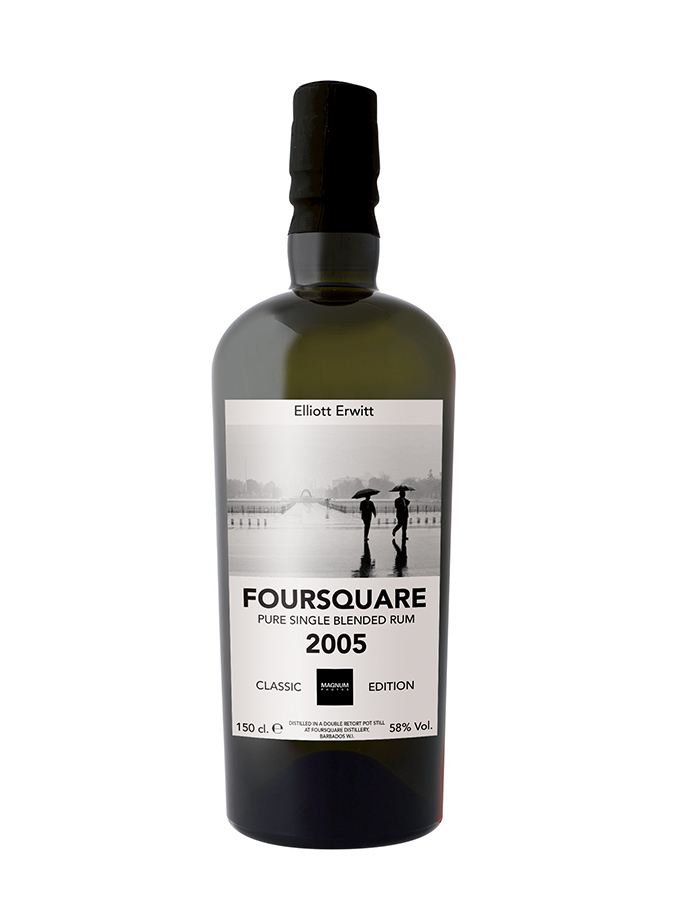 This pure single blended rum 100% pot still, among the most aged ever produced by Foursquare, is aged in ex-bourbon and ex-Sherry barrels.

Rum elegant and harmonious, like the two figures in the photograph but impressive like the Hiroshima Peace Memorial.

The photograph of the label by Eliot Erwitt is from 1970, and represents the Peace Memorial Mark of Hiroshima.

Luca Gargano, is recognized worldwide for the quality of these rum selections, and he is also one of the greatest collectors of rums in the world. However, he also has a passion for photography, which captures the present moment. Thus through these photos he shares his encounters, his travels to the four corners of the planet, to discover the most secret rum distilleries, the most remote in Africa.

This passion for the image, took him to get in touch with the Magnum agency, a famous company created in 1947 by big names in photography. Such as Robert Capa or Henri Cartier Bresson, and currently still great photoreporters officiate there.

This series of 4 bottles bears the name of Elliott Erwitt , born in Paris in 1928, who was president of the Magnum agency at the end of the 1960s, and is still recognized today as one of the greatest photographers in the world. world. He became famous for his satirical humor which he demonstrated in his work, as well as for his human sensitivity which corresponds to the spirit of the Magnum agency.

Four of his photographs illustrate the labels of the bottlings of the Magnum series. This series consists of a 2007 Mount Gay, a 2005 Foursquare, a 2006 Saint James, and a 2016 Hampden.