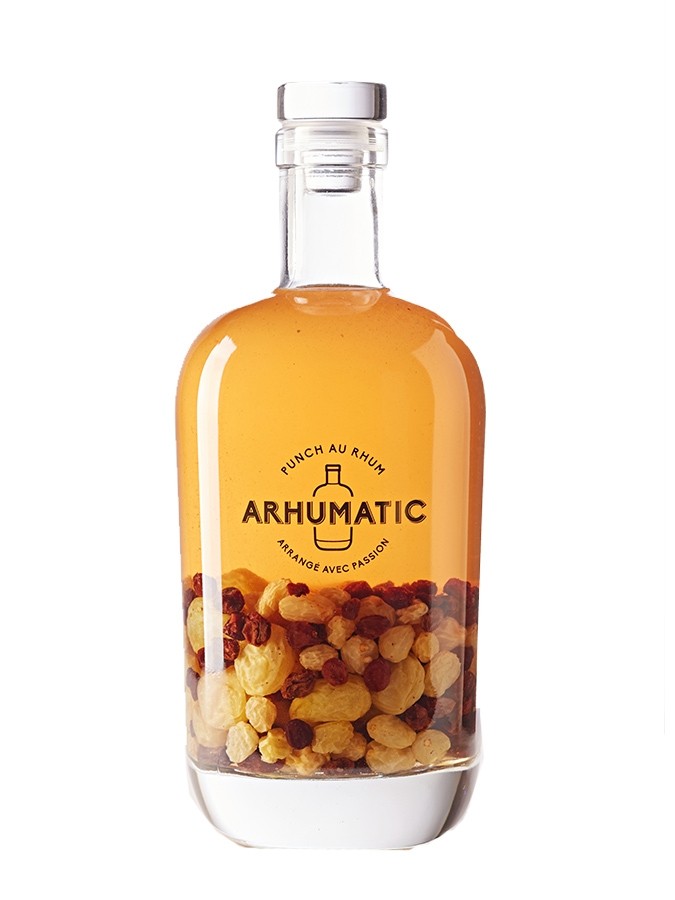 La Maison Arhumatic wanted to recreate this unique concept with a special project, off the beaten track. Its efforts led it to creating its own blend by combining 3 traditional rums. Two Jamaican rums, one of which has been cask aged for 12 months, selected for its woody character that had to be tempered with another traditional Jamaican rum that is not cask aged, and a rum from Guadeloupe that has been cask aged. The three grapes complete this new creation beautifully. The grape varieties were chosen for their flavour and their ability to complement each other within this new recipe.