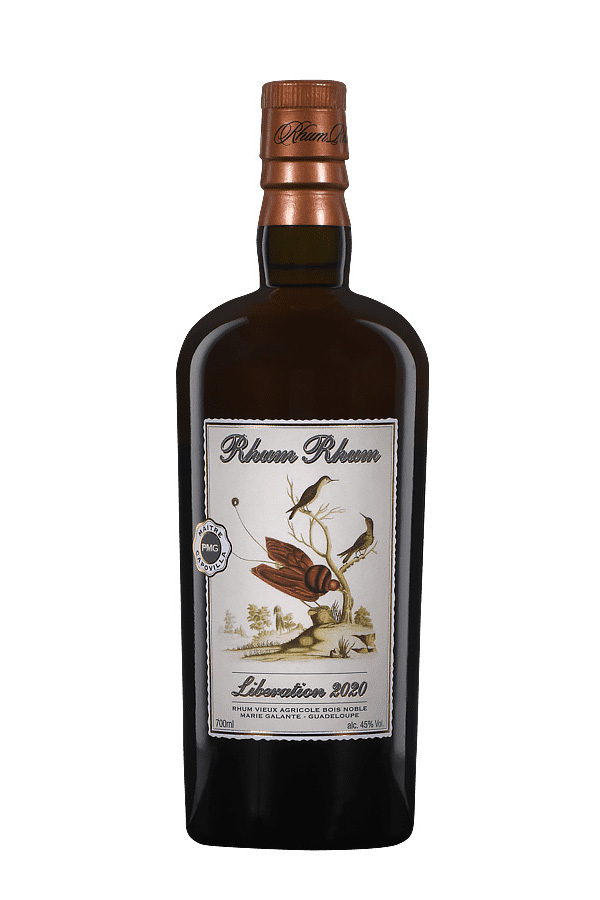 Aged in barrels that previously contained a great sweet white wine from Bordeaux and a great dry white wine from Burgundy, this very harmonious version reveals aromas and flavors of cane juice of remarkable smoothness throughout the tasting. Beyond its magnificent fruity, floral, spicy and herbaceous intonations, its aromatic and taste palette diffuses an absolutely delicious feeling of well-being and naturalness.

Rhum Rhum Libération 2020 is an agricultural rum resulting from a collaboration between Luca Gargano and Maître Capovilla. Produced on the small island of Marie-Galante in Guadeloupe, this is the fifth vintage. It follows the 2010, 2012, 2015 and 2017 editions.

The rum is made from hand-grown sugar cane and has benefited from a very long fermentation period. It was distilled in 2011 in small copper pot stills, heated in a bain-marie.

The maturation was carried out in noble wood barrels that had previously contained great French white wines, in the cellars of the Bielle distillery. The year 2020 corresponds to the “release” date of the rum, i.e. 9 years later.

Be the first to review “RHUM RHUM Libération 2020” Cancel reply