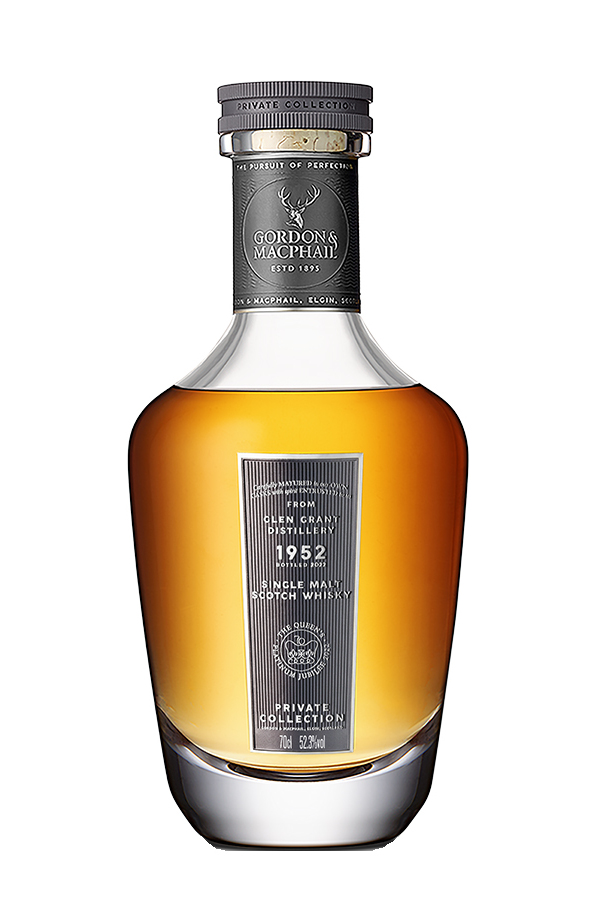 On 26th January 1952, Mr George Urquhart filled spirit from Glen Grant distillery into our own bespoke casks. A few weeks later, Queen Elizabeth II acceded to the throne of the United Kingdom of Great Britain and Northern Ireland and became head of the Commonwealth.

Through her seven decade reign there has been much change within the UK and indeed the world, however whilst we discovered DNA, launched the world wide web, took flights on Concorde and travelled across the Chanel tunnel, the cask laid down by George quietly slumbered in the corner of a warehouse in Elgin, Scotland.

With a pioneering approach to long term aging, passed down by George through four generations of the family, it is only now that this cask is being released to celebrate this milestone moment in history.

Bottled on the 6th February 2022, the anniversary of the Queen’s Platinum Jubilee, this whisky is an example of how character, resilience and wisdom can mature over decades to bring about something exceptional.

Overall : A long finish with a touch of smoke and a hint of pepper.