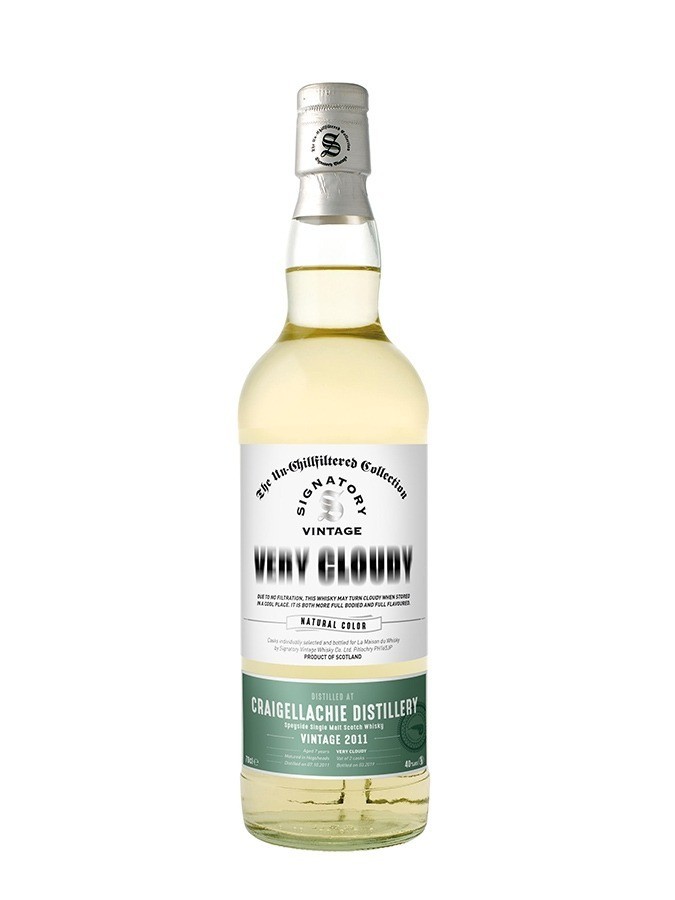 Founded in 1890 and renovated in 1964, Craigellachie is one of Speyside’s iconic distilleries, known for its single malt with a fruity and malted grain flavour profile. The 2011 Craigellachie is no exception to the rule. It pleasantly combines flavours of cooked apples, malted barley, bourbon vanilla and a hint of exotic fruits. The result makes for a beautifully balanced single malt. Like The Un-Chillfiltered Collection, Very Cloudy whiskies are bottled in small batches of two to five casks. Reduced to 40% without either chill filtering or colouring, they have a rich, intensely aromatic character and slightly cloudy appearance.

THE BRAND
Taken over by John Dewars & Sons (Bacardi) in 1998, Craigellachie has a highly exclusive following and was founded in 1891 by a very interesting character indeed: Peter Mackie. The creator of the international commercial success, the White Horse blend, Peter was one of the five Barons of the whisky industry, one of the famous “Big Five”. His uncle, from whom he would later inherit, was none other than James Logan Mackie, the owner of the Lagavulin distillery on the Isle of Islay.