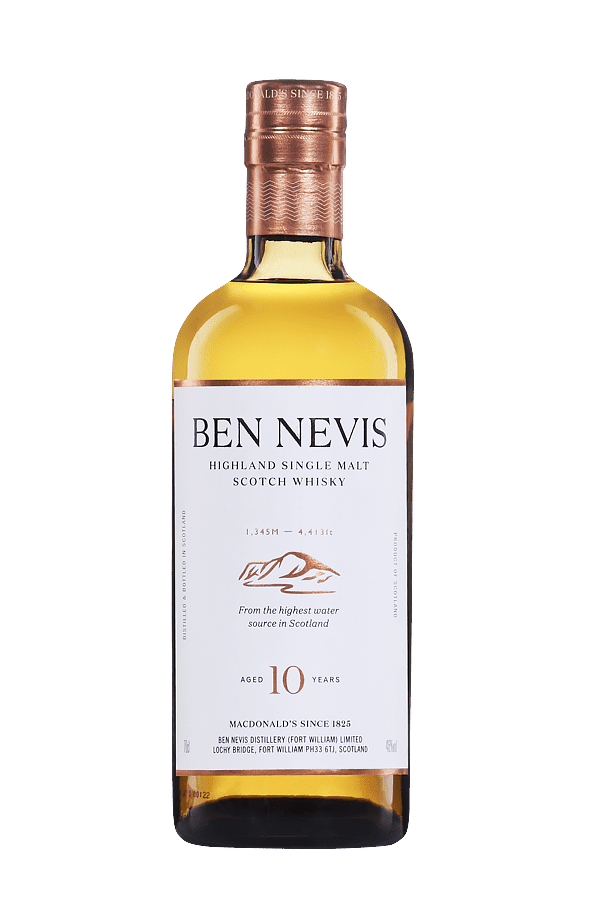 Acquired by the Japanese group Nikka in 1989, the Ben Nevis distillery was, under the ownership of Joseph W.Hobbs in 1955, one of the only distilleries in Scotland to have its own traditional pot stills and a Coffey-style column still. Bought by Long John Distillers in 1981, the Coffey stills were subsequently dismantled. Although the majority of its whisky is aged in ex-sherry casks, some ex-bourbon cask bottlings have recently appeared on the independent market. It’s worth noting that the distillery was mothballed for six years at the end of the 1970s, and then again in 1984 and from 1986 to 1989.
Taste Profile:

Nose: Full-flavoured, it is characterised by the mellowness of malted barley. It develops notes of ripe fruit (plum) and tangy sweets.

Palate: Powerful and smooth, it confirms the nose. It gradually reveals a herbaceous and spicy (clove) character.
Finish: Wonderfully long on the palate, it emerges dry. It develops salty (iodised) notes.

Be the first to review “BEN NEVIS 10 ans” Cancel reply