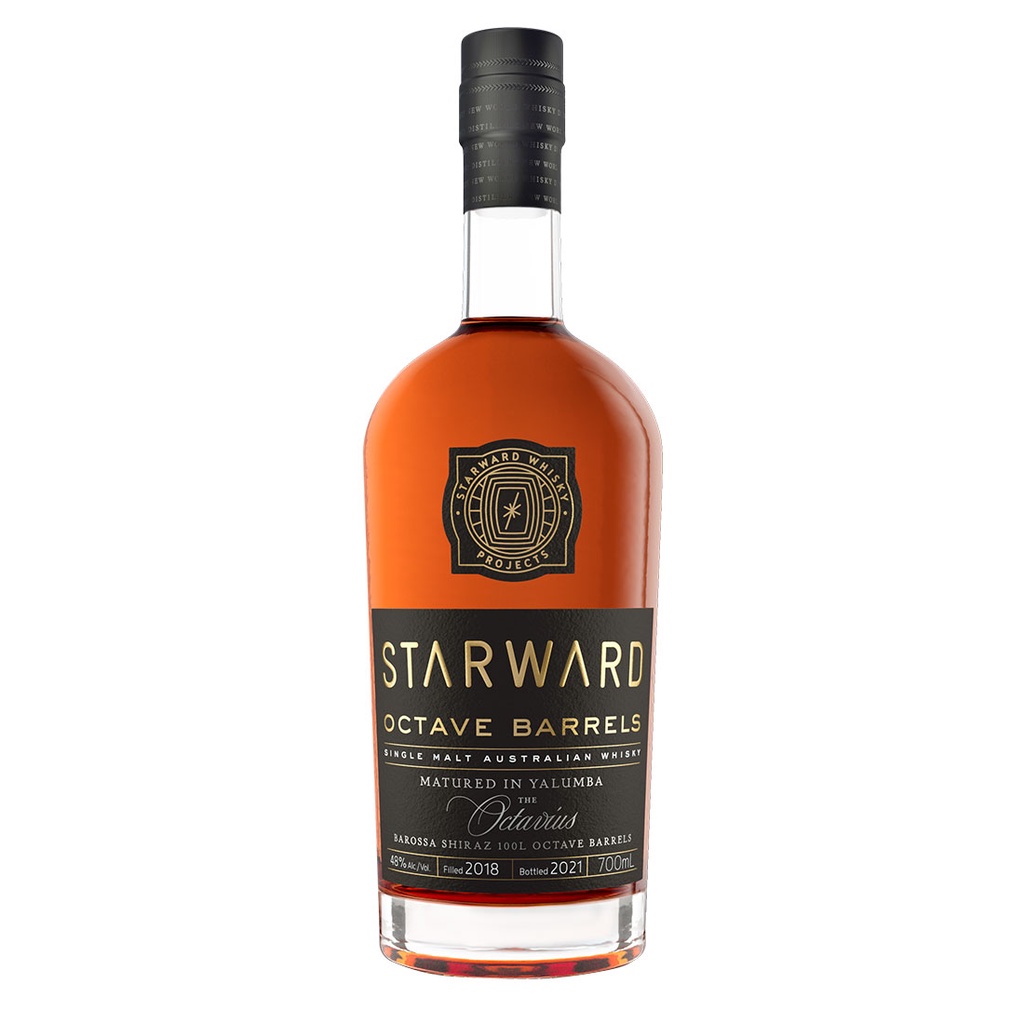 Finish: Toasted marshmallow on the finish

It took some of the world’s oldest Shiraz plantings, Australia’s oldest family-owned winery and Starward’s progressive red-wine-barrel maturation to make this distinctly Australian single malt. When a whisky speaks to Australia’s wine heritage – and Australia’s whisky future – you know it’ll be delicious. Especially when it brings the bold flavours you’d expect from Barossa Shiraz barrel maturation.

Think Barossa Shiraz, and you may well think Yalumba’s The Octavius. This iconic Australian Shiraz is the world’s only red wine aged in 100L octave-sized barrels. Once The Octavius was bottled, freshly emptied barrels were sent to Port Melbourne and filled with Starward’s signature single malt.  These American oak barrels aged our whisky more intensely. The smaller volume created more wood-whisky interaction, allowing this single malt to soak up more celebrated The Octavius Shiraz characteristics as it fully matured.

We aged Starward’s very first batch almost exclusively in Yalumba red wine barrels and they’ve been a trusted partner ever since. Yalumba is the only winery in the southern hemisphere to handcraft barrels in their own onsite cooperage. From oak selection to char, the Yalumba coopers have perfected the aroma, character and complexity each barrel brings to their wines.