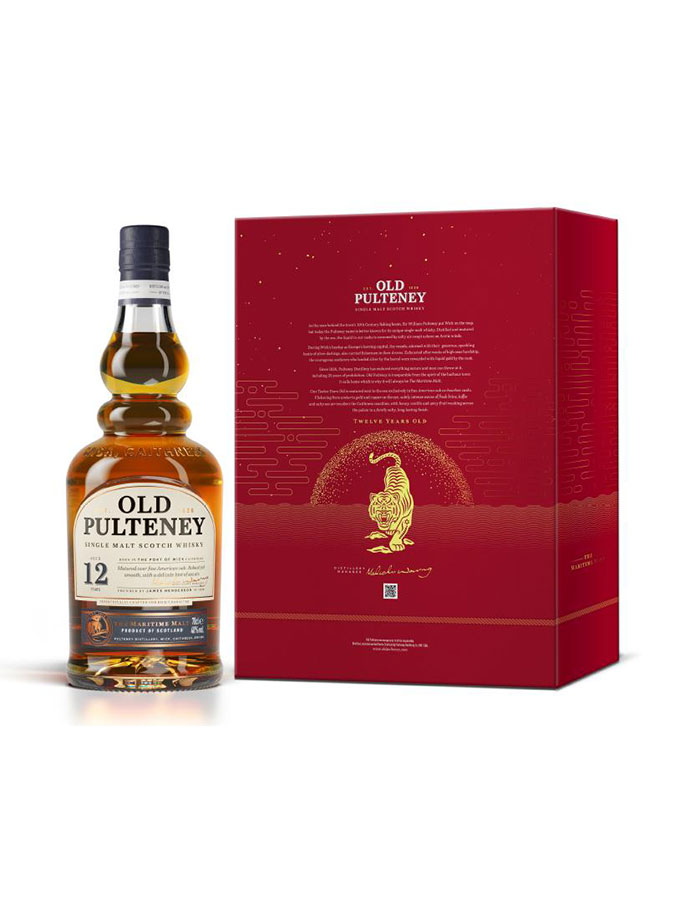 Matured for 12 years, this is the definitive house style of Old Pulteney single malt Scotch whisky – the maritime malt. This single malt marries together the distinctive salty flavours of the sea with the influence of American oak, to bring sweetness into play, and create our classic expression. This sparkling gold whisky is a perfect place to start your Old Pulteney journey, with a flavour which is welcoming and effortless.

THE BRAND
Founded in 1826, Old Pulteney is among the distilleries that closed their doors for almost 30 years before re-opening in 1959, at the dawn of one of the biggest booms in the history of whisky. The most northern distillery in mainland Scotland, Pulteney enjoys a superb reputation amongst amateurs: its saline character, enhanced by hints of coconut and broom, has won over the palates of the most seasoned connoisseurs. Owned by the Inverhouse group, its bottlings are predominantly matured in bourbon casks. It has in the past, however, repeatedly marked itself out with bottlings aged entirely in sherry casks dating back to the 1960s.