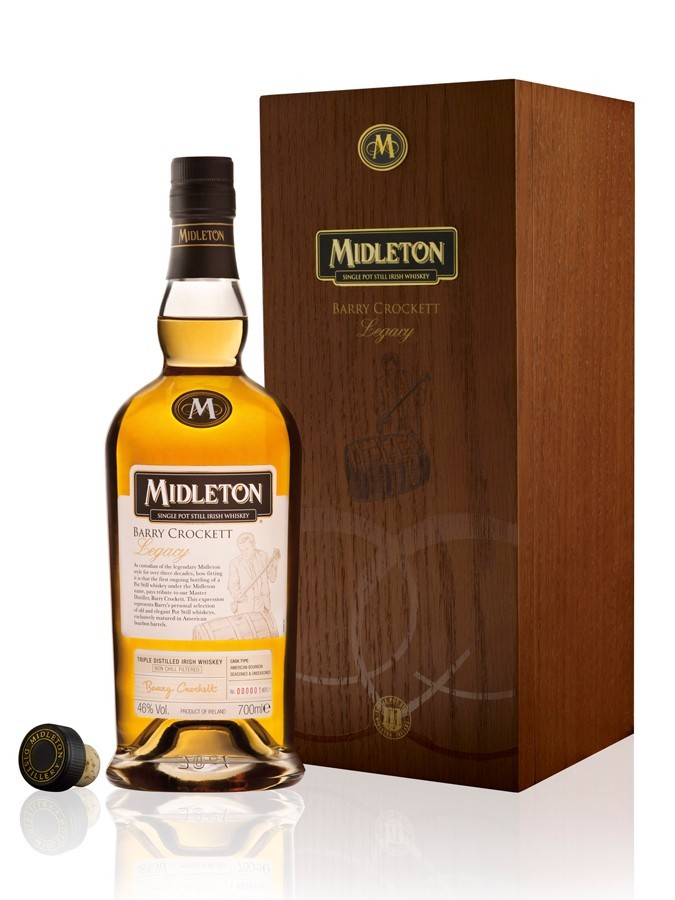 “Midleton Very Rare, one of Midleton’s most famous blends, should not be confused with Midleton Barry Crockett, the most prestigious of its single pot stills. It pays tribute to Barry Crockett, its creator, a Master Distiller whose humility is matched by his talent. If the Redbreast 12 year old is the “Irish nectar” then this is the quintessence. Very concentrated notes of exotic fruit; we had the unforgettable experience of a preview tasting with Barry Crockett himself. Distributed in France by La Maison du Whisky, for us it the ultimate Irish whiskey.”

Midleton, synonymous with a series of very limited releases of pot still and blended Irish whiskey, has just added its first single pot still to its portfolio, named after its Master Distiller, Barry Crockett.

The Midleton style is characterised by elegant, highly scented distillates and by the exclusive use of American bourbon casks for maturation. With the creation of a dedicated appellation, this Midleton whiskey has become a “Single Pot Still” (all the current pure pot stills come from a single distillery; it was therefore decided to highlight this fact, in the same way as the Scottish distilleries with their single malts and single grains).

Appearance : deep gold.
Nose : elegant notes of vanilla and toasted oak are followed by hints of lime, green cherries, pears and sweet peppers.
Palate : pepper is followed by lemon, lime and very mellow notes of tangerine. A hint of cinnamon with vanilla and oak recall its years maturing in American oak barrels.
Overall : long and complex, with front notes of American oak.