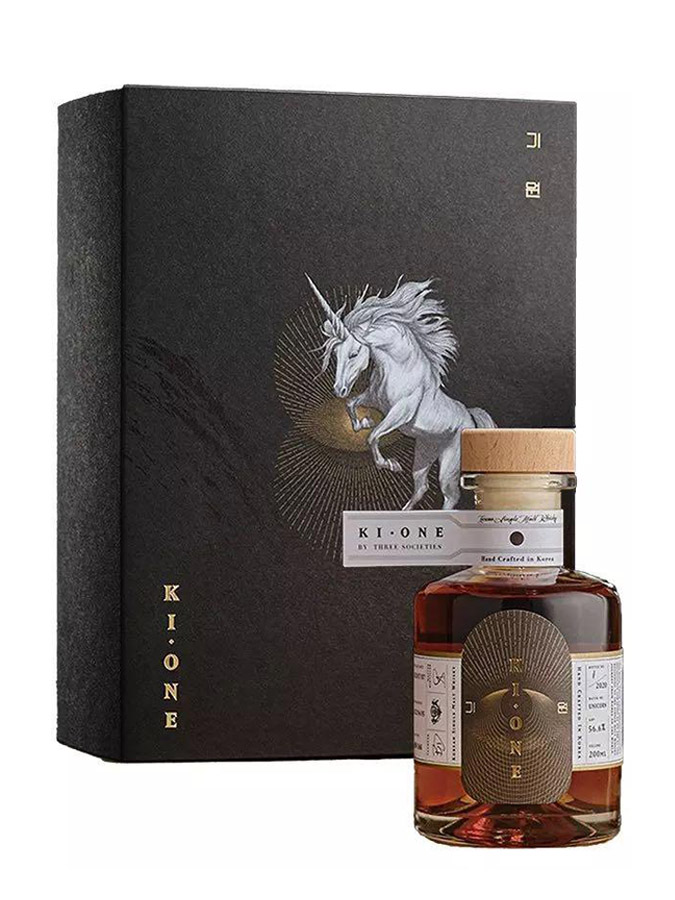 After becoming South Korea’s first single malt whisky with the release of its Tiger Edition, Ki One by Three Societies is now launching its second limited release, the Ki One Unicorn Edition.

Matured through the four seasons of the peninsula, the second installment of Ki One’s Society Collection recently won the World Single Malt Category Gold Award at the 2022 San Francisco World Spirits Competition. Rather unusual for such a young whisky to win a Gold Award so early in its maturation process, the accomplishment follows Ki One’s Bronze prize at the International Wine and Spirits Competition in April 2022.

Ki One Unicorn Edition is a locally-made single malt whisky that has been further aged through the fall and winter. Developing a more complex taste and aroma, the rich spirit features a nose of deep oak with fresh zest of summer fruits. The taste evokes a sense of vanilla pods, banana, sultana, hints of peach and long deep oriental spice. Finally, long lingering spices carry notes of sweet barley sugar and a forest of oak.

Bryan Do the founder and CEO of Three Societies said, “The distinct four seasons of Korea turbocharges the maturation process of the whisky in the oak barrels. The ‘Unicorn Edition’ has aged two more seasons than the previous ‘Tiger Edition,’ so that you can feel how the different seasons affect the taste and aroma.” He added, “We were already satisfied and confident of Korea’s first single malt whisky but, now it has won accolades on the global stage, we are excited about the international growth of locally-made single malt whisky and hope fans around the world will enjoy the fruits of our labor.”

Contact our shop on 80 Mohamed Sultan Road #01-10 to see if it’s still available! One of our friendly Bar & Spirits Specialists will respond during their operational hours, from 4pm onwards, Tuesdays – Saturdays.