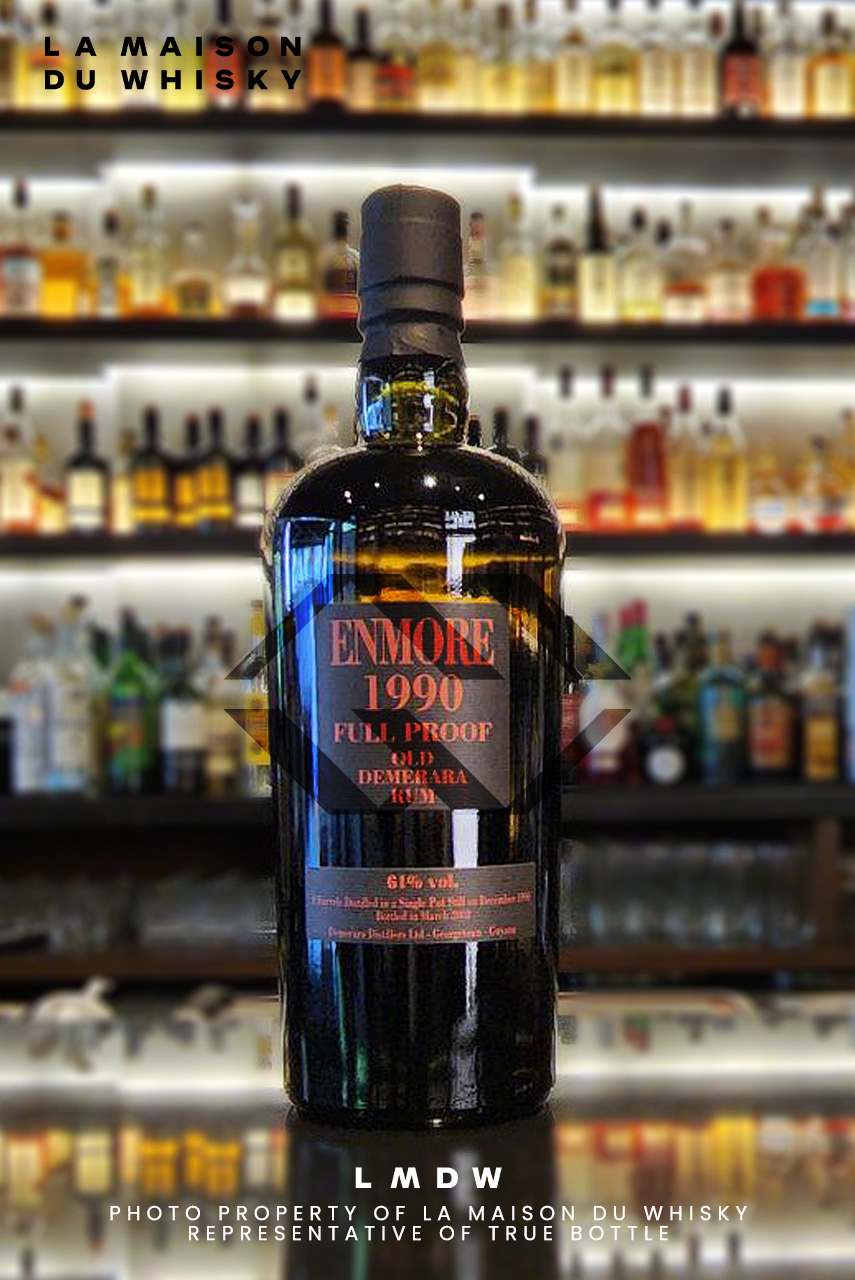 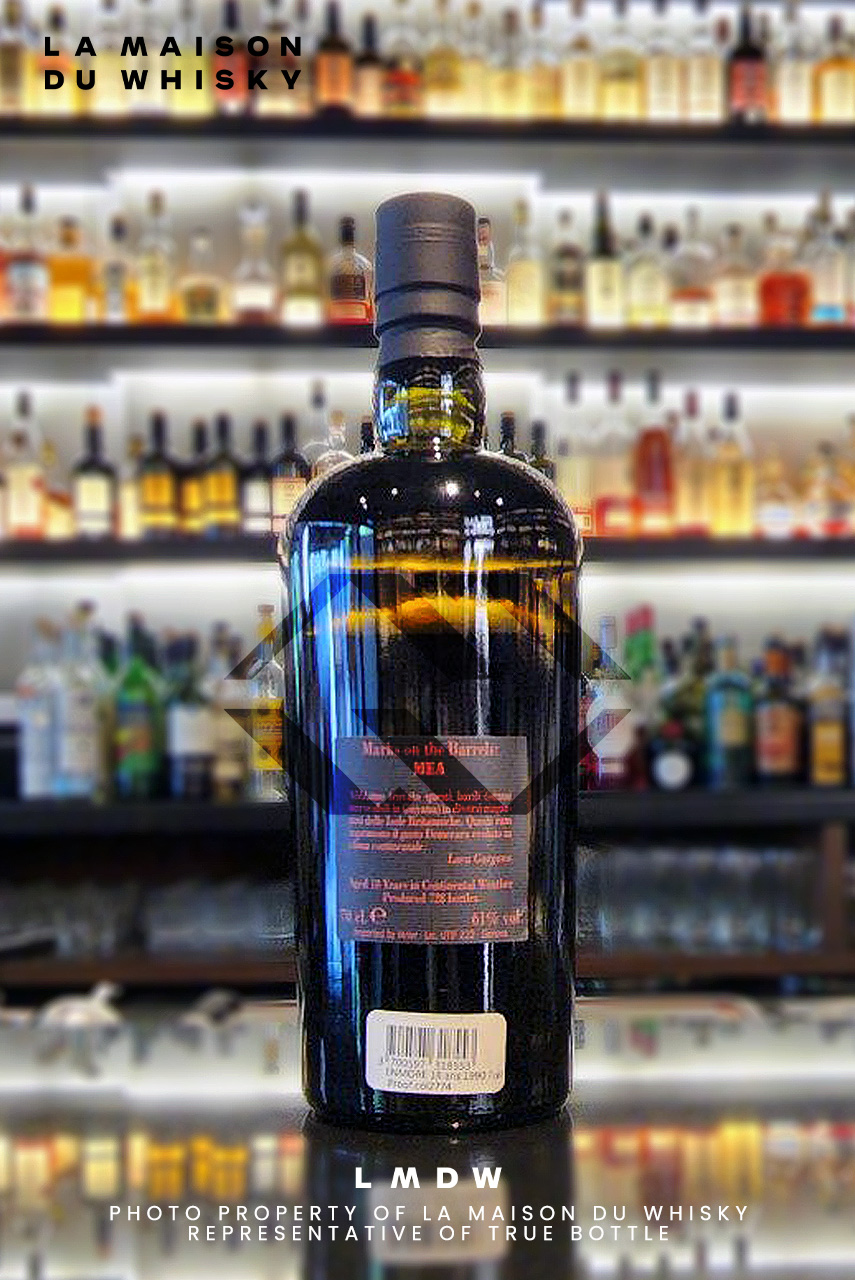 The ENMORE 18 year old, full proof Demerara rum is a fantastic and rare bottle that has aged for 18 years. It is bottled from four barrels that were distilled at Enmore in 1990, before the distillery closed in 1993. The rum was made using a single wooden pot still that originated at Versailles on the banks of the Demerara river, the source of its name. The stills and remaining stock were transferred to Uitvlugt, which also closed in 2000. This particular bottling is made from four special casks with the mark of MEA, and was bottled in March 2008 after aging in tropical weather for 18 years. There are only 728 of these bottles available.