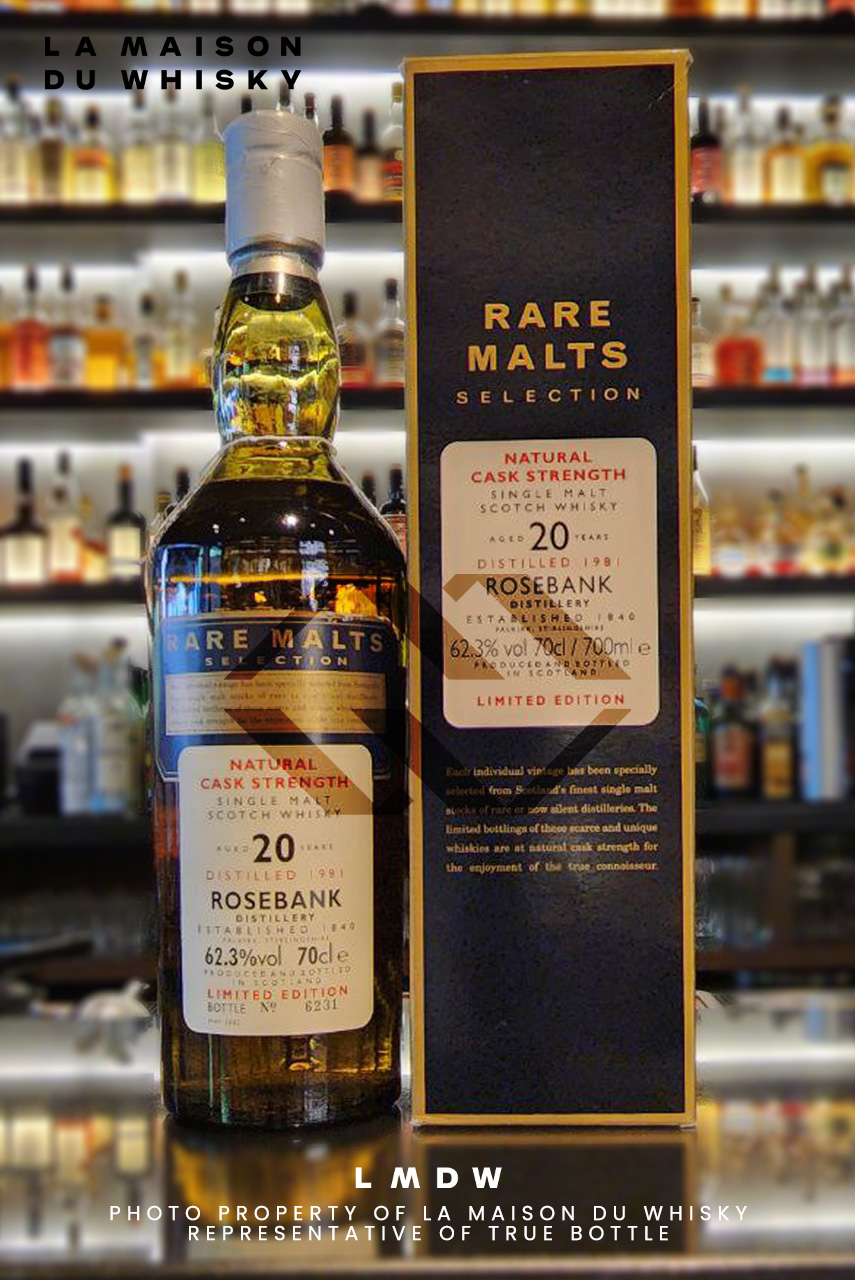 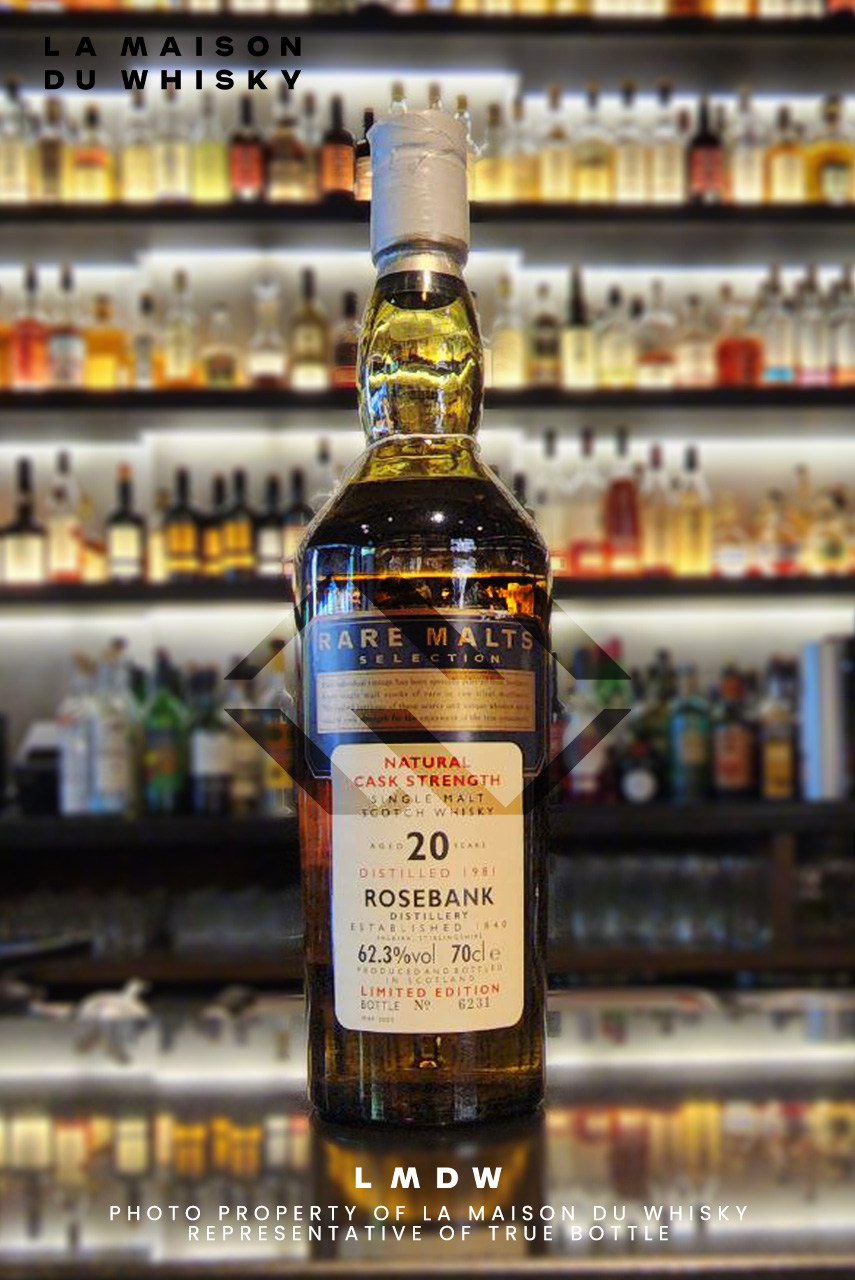 The Rare Malts Selection was a historic selection of single malt whiskies from operational and lost distilleries that were released by Diageo between 1995 and 2005. As with the Flora & Fauna series, they were often from lesser-seen single malt distilleries.

Rosebank is a much-sought after Lowland single malt. The distillery was initially selected by Diageo as their Lowland entry to the Classic Malts series when it was launched in 1988, but was eventually substituted for Glenkinchie on the belief that it provided better opportunities for tourism. Rosebank was then shut down in 1993, but has recently been acquired by Ian Macleod Distillers, who have a view to resurrecting this classic lost distillery in the near future.

Bottle & packaging: This bottle comes with a box. Top of the label is chipped and liquid is below collar.
All photos featured are of the actual bottles. Any defects will be clearly photographed & mentioned.