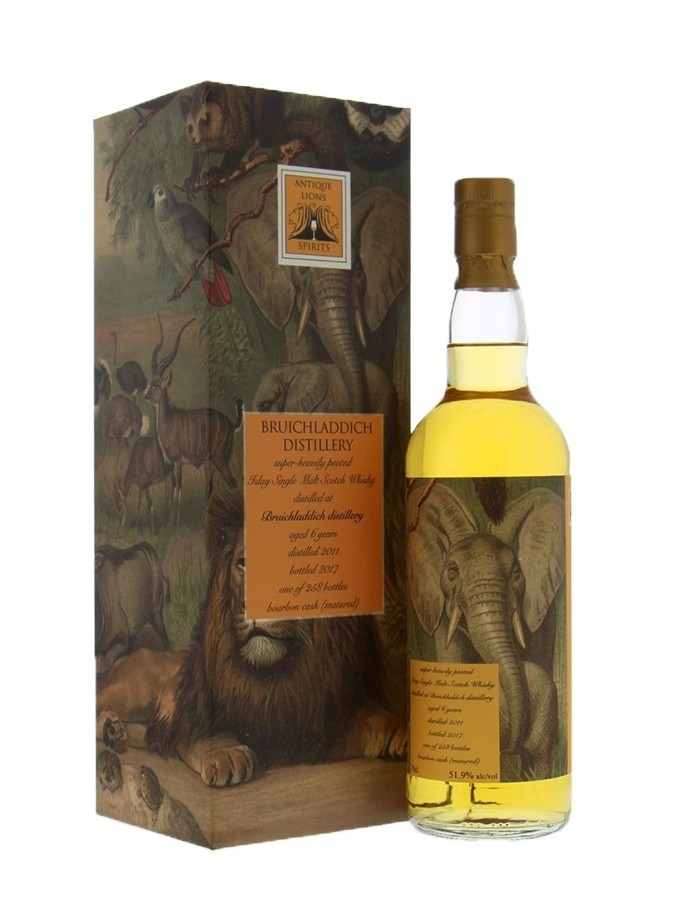 Octomore is produced in the Bruichladdich distillery on the island of Islay and has an (proven) reputation as the most peated single malt in the world. This Octomore 6 years distilled in 2011 has aged in bourbon casks, bringing creamy notes with an intensely peaty and smoky profile. Born from the collaboration of the independent Silver Seal and Sansibar bottlers, the Savannah Series is a collection of Scottish single malts. Each bottling comes from a unique barrel carefully selected, and bottled to its natural degree.
Profile: Powerful, peaty. Intense smoke, burnt wood, tar, cooked fruit, crème brûlée.

Following its acquisition in 2000 by a group of investors, the Bruichladdich distillery underwent a meticulous renovation in 2001, which enabled the owners to keep almost all of the original 19th century equipment, including an open brewing tank and very elongated onion-shaped stills (the stills for the second distillation are six metres high). The resulting single malt is very mildly peaty, being characterised by its coastal origins, with a scent of sea air and salty flavours on the palate. Reserving all of its production for the single malt market, Bruichladdich is also the only distillery to age and bottle its whisky on the isle of Islay. It produces two heavily peated releases: Port Charlotte and Octomore.