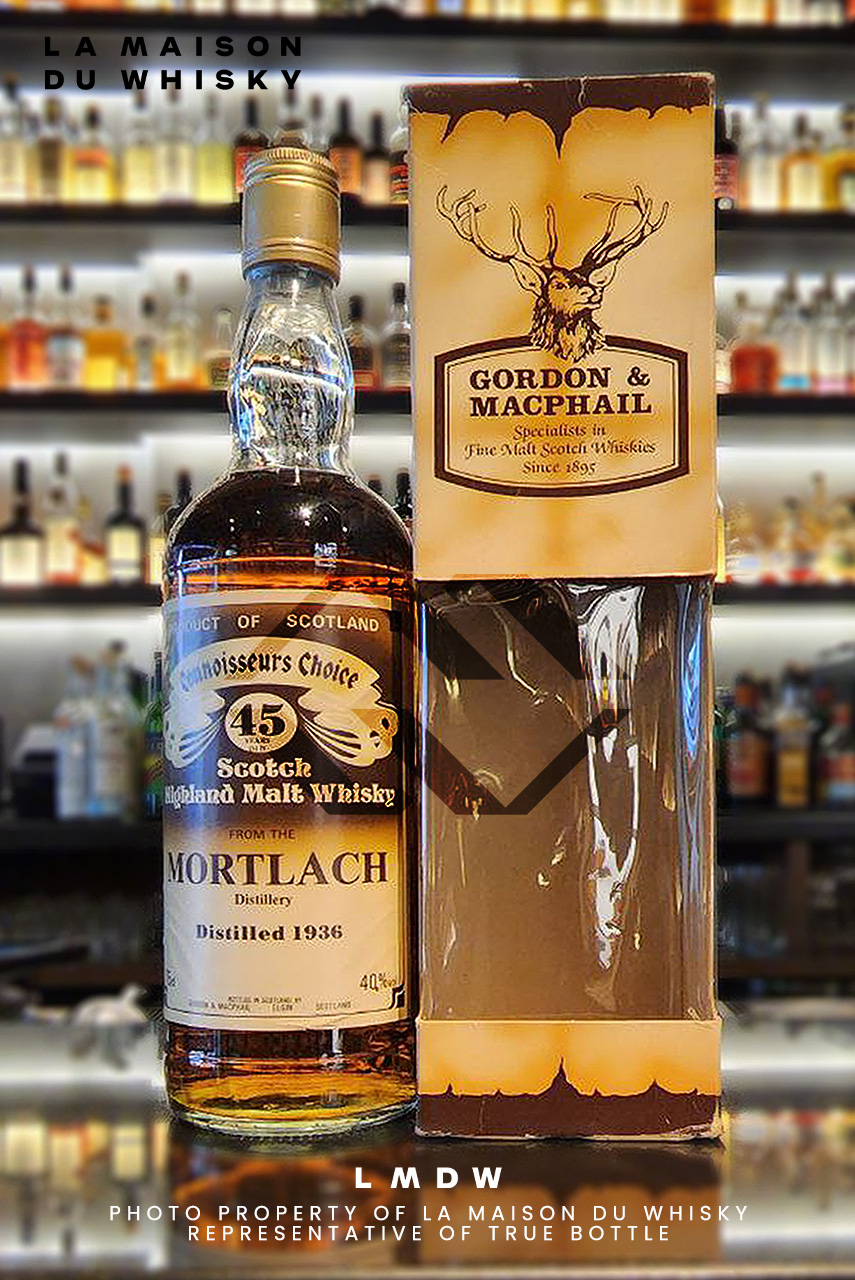 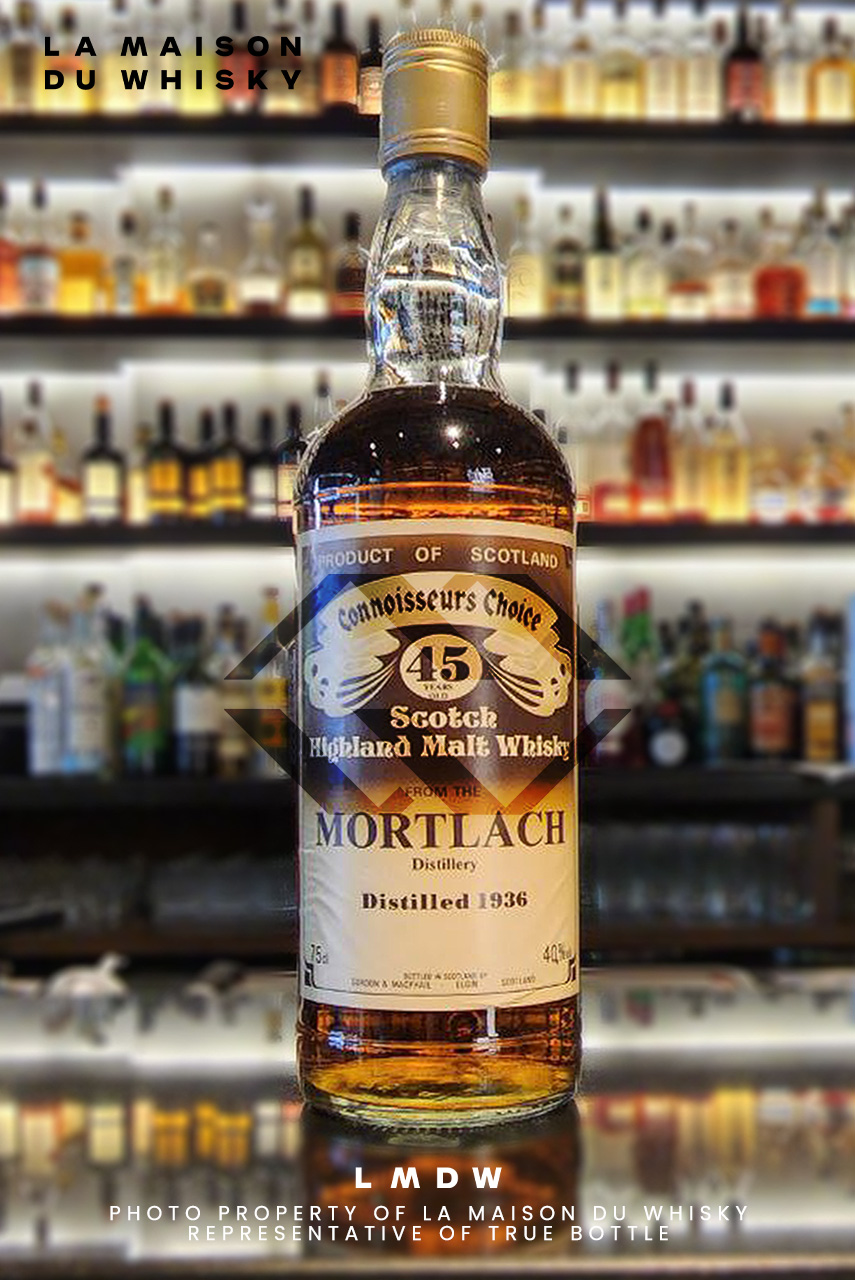 A very old, very rare Connoisseurs Choice bottling of absolutely ancient Mortlach 1936 from Gordon & MacPhail. This was bottled at 43 years old at the turn of the 1980s.

Founded in 1823, Mortlach is said to have been built on the site of an old illegal distillery. It was one of the very few distilleries authorized to produce alcohol during World War II, until 1944. Using partial triple distillation and benefiting from an old-fashioned “Worm Tube” condensation system, shared with the Talisker and Edradour distilleries, Mortlach produces a very delicate distillate. Like many malt distilleries in the Diageo group, there are few official bottlings, except under the Flora & Fauna and Rare Malt ranges offered in the 1990s.