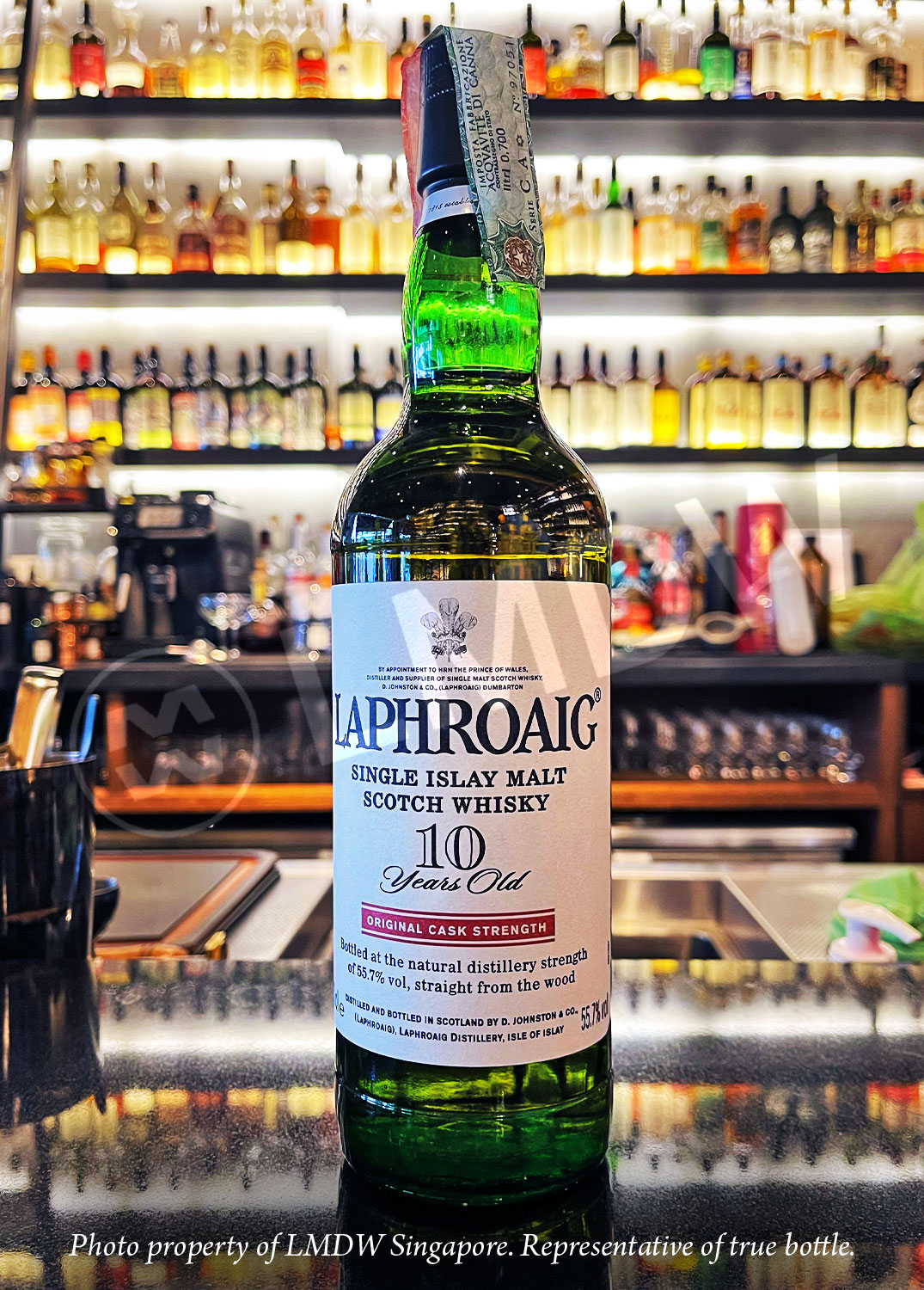 Laphroaig is the largest of the three heavyweight Islay distilleries in Kildalton, out-stripping the production capacity of neighbours, Ardbeg and Lagavulin, by over 1 million litres per annum. Despite its traditional appearance, Laphroaig was always a forward-thinking distillery. It was bottled as a single malt as early as the 1920s, an unfashionable option at the time, especially for a peated whisky. They were also shrewd in capitalising on post-Prohibition America to add trademark sweetness to their spirit through the use of imported ex-bourbon casks, and hired ScotlandÕs first ever female distillery manager, Bessie Williamson, in 1954. Laphroaig is one of only a handful of distilleries in Scotland to still use in-house maltings, providing them with 20% of their annual requirements, and contributing to the distilleryÕs unique flavour profile. The 10 year old is one of the all time classics of the whisky world, famed the world over for its uniquely Laphroaig flavour.First batch of Laphroaig 10 years old, bottled brut de cask in February 2009. Batch 1.