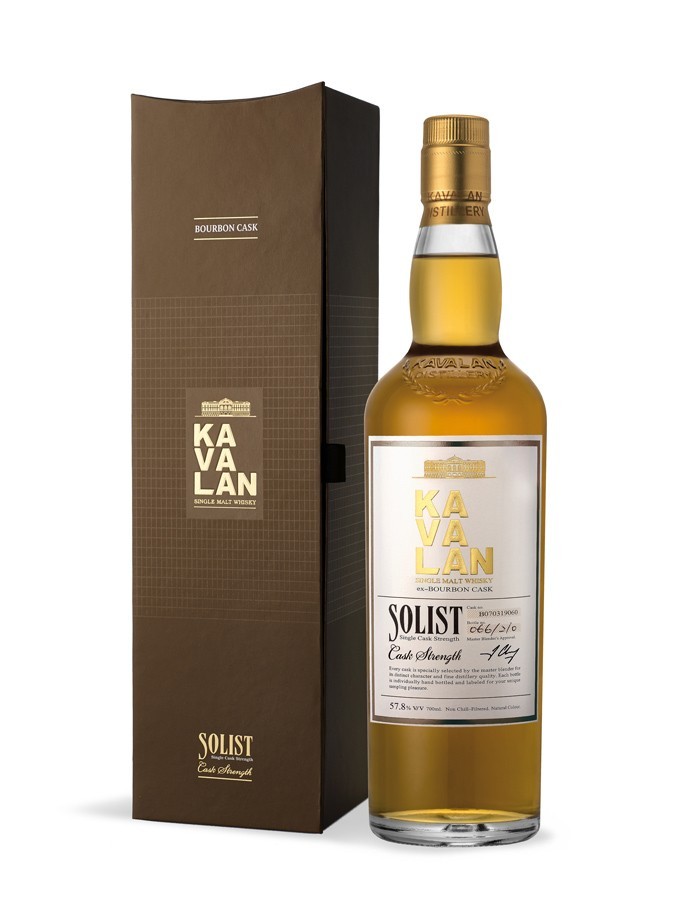 Kavalan ex-bourbon is part of the Solist range, a collection of the distillerys best cask strength bottlings, that is aged solely in bourbon casks. Bottled without reduction and un-chillfiltered, Kavalan ex-bourbon is a complex and exotic single malt that has already won several gold medals.

THE BRAND
The Kavalan distillery is named after an ancient tribe that used to the live in the region, in the north-west part of the island of Taiwan. Founded by the King Car Group, Kavalan did not hesitate to call on the services of the best experts in the industry, declaring their intention from the outset to make a whisky of exceptional quality. It was thus with the help of Jim Swann that the distillery produced the first drops of its new-make on 11 March 2006 and brought its first whisky to the market in December 2008. By selecting the best barrels, Kavalan managed to produce a range of single casks (sherry, bourbon and port) in 2009, only three years after it began production, and has already won numerous medals at a variety of international competitions.

Be the first to review “KAVALAN Ex-Bourbon Cask” Cancel reply