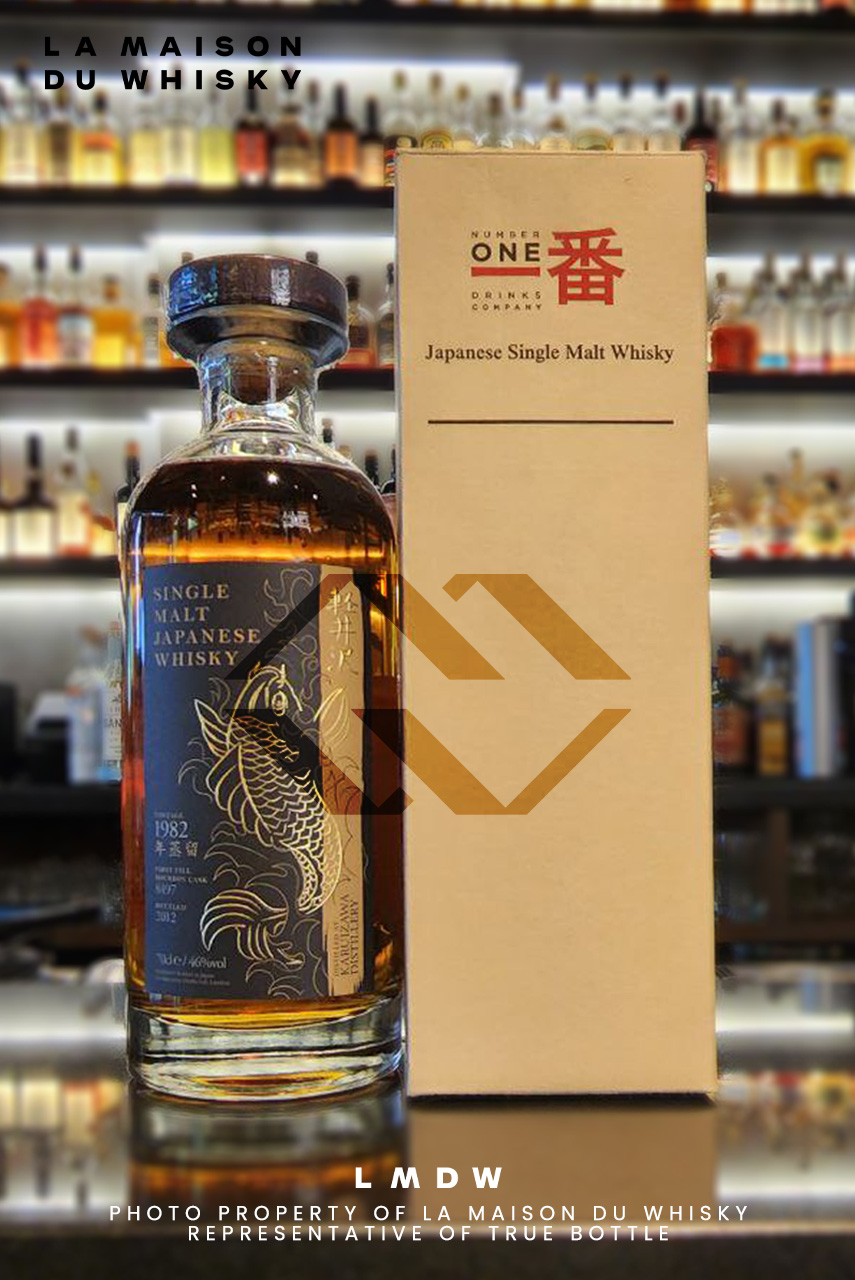 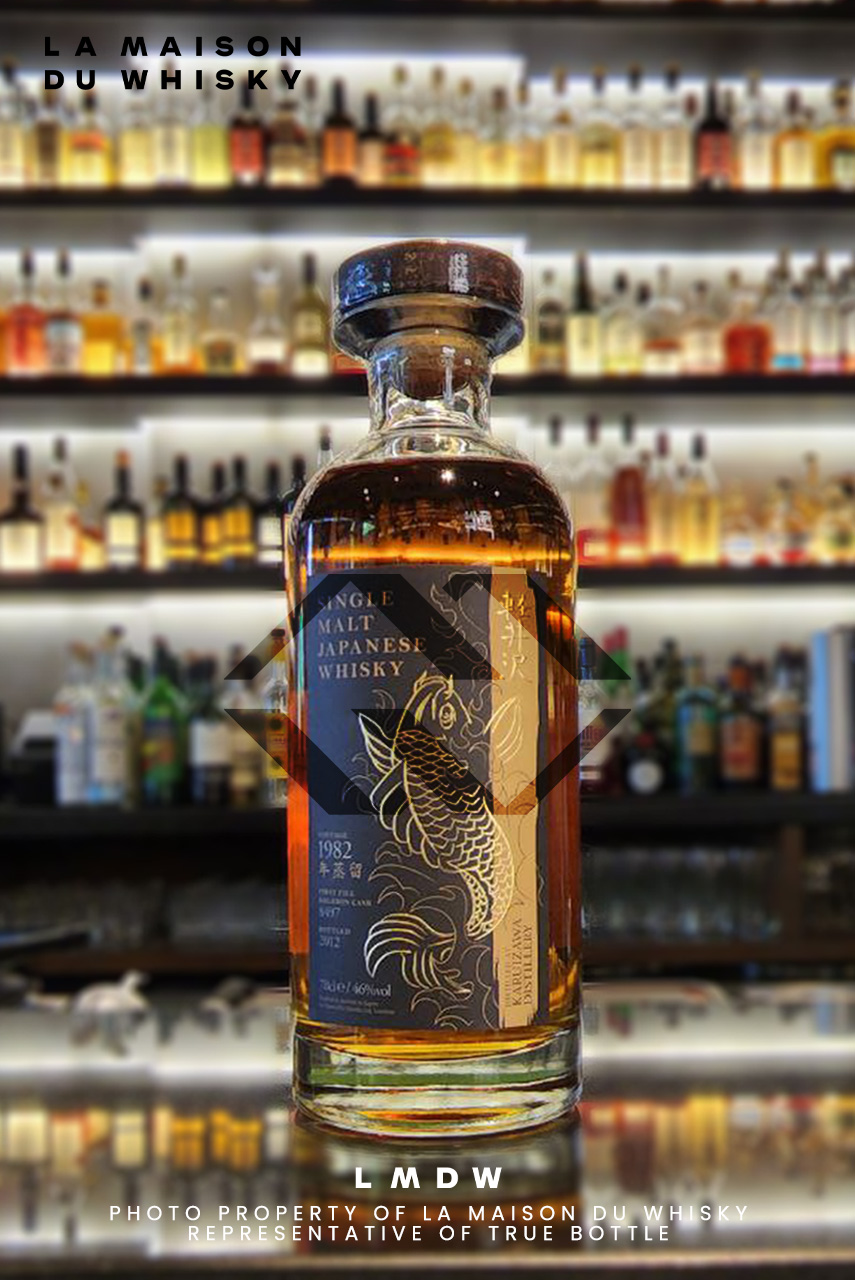 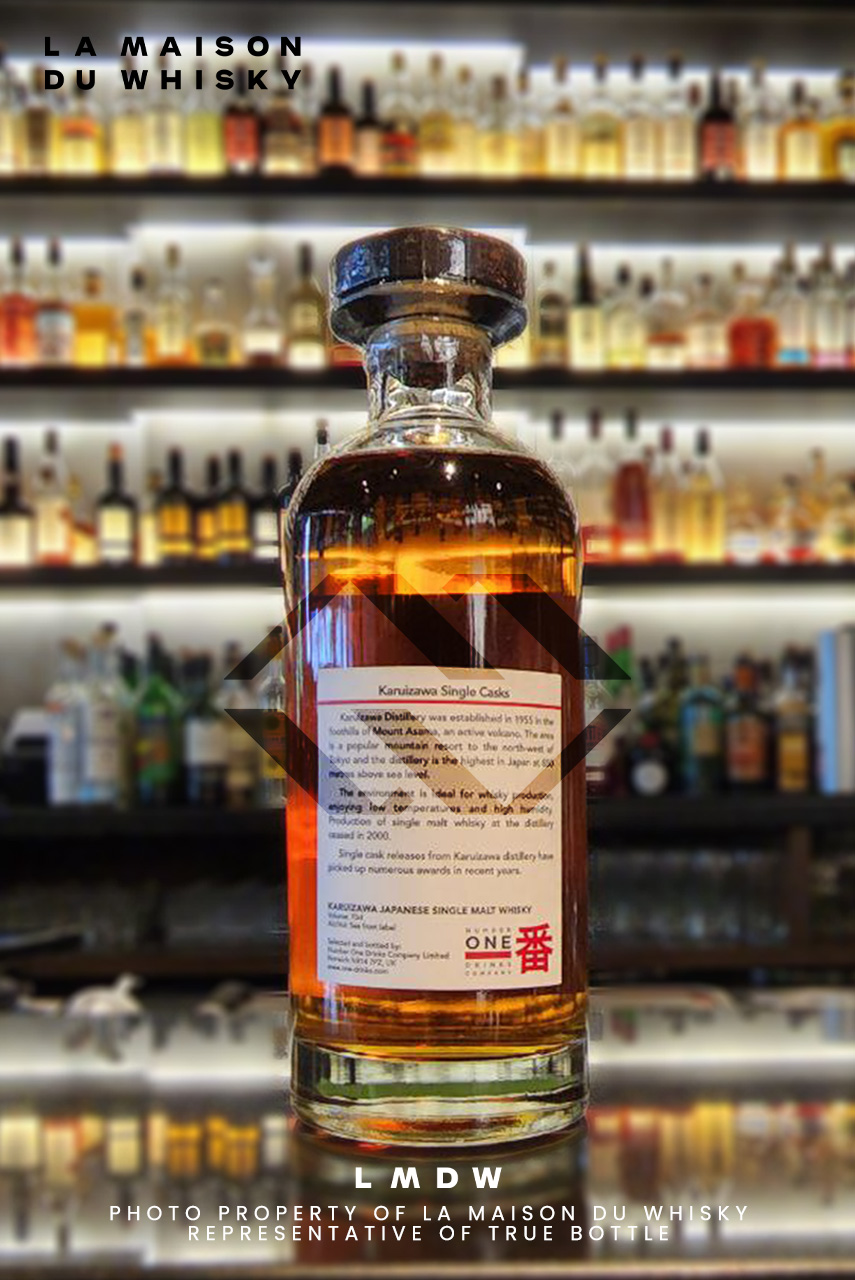 The Karuizawa distillery was built in 1955 in the city of the same name, in the Nagano prefecture, in the heart of the Japanese Alps. While Japanese whisky generally has a very good reputation, Karuizawa is particularly sought after and appreciated by connoisseurs. Awarded numerous times at international competitions, it is a whisky that owes much of its character to the variety of barley used: “Golden Promise” and to aging in a sherry cask. Since production stopped in 2000, versions have become increasingly rare and prized.

This limited release was distilled in 1982 and bottled in 2012 exclusively for The Whisky Exchange with the Japanese Koi label design.

Produced from a single first fill bourbon cask #8497 with an ABV of 46%. Furthermore, this is the first ever bourbon-matured Karuizawa from The Whisky Exchange (TWE)!