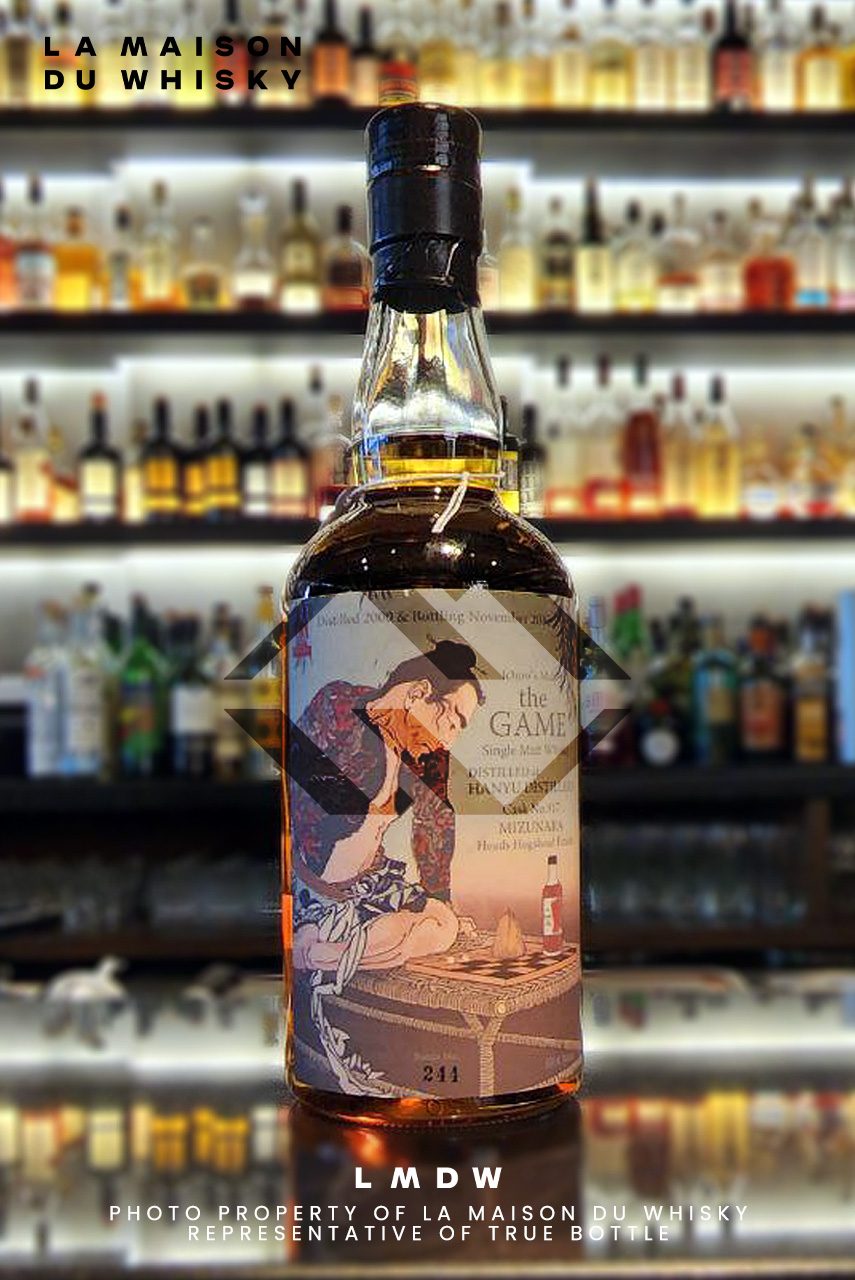 A special bottling of Hanyu originally an exclusive to Japanese retailer Shinanoya – a 2000 vintage matured in a single hogshead with Japanese Mizunara oak ends. With only 309 bottles in the world.

Hanyu was founded by Ichiro Akuto’s grandfather in the 1940s near Tokyo. Hoping to enter the single malt market, two pot stills were purchased in 1980, but as Japanese people were still used to blends, the distillery was closed in 2000 and destroyed in 2004. After a few years working at a sake brewery in northern Japan, the stock was bought by Ichiro, who created his own brand “Ichiro’s Malt” in 2005. The remaining hundred barrels are now located in Chichibu and are bottled under different labels, including the famous “Card Series” range.

Bottle & packaging: This bottle comes with a box. In perfect condition.
All photos featured are of the actual bottles. Any defects will be clearly photographed & mentioned.