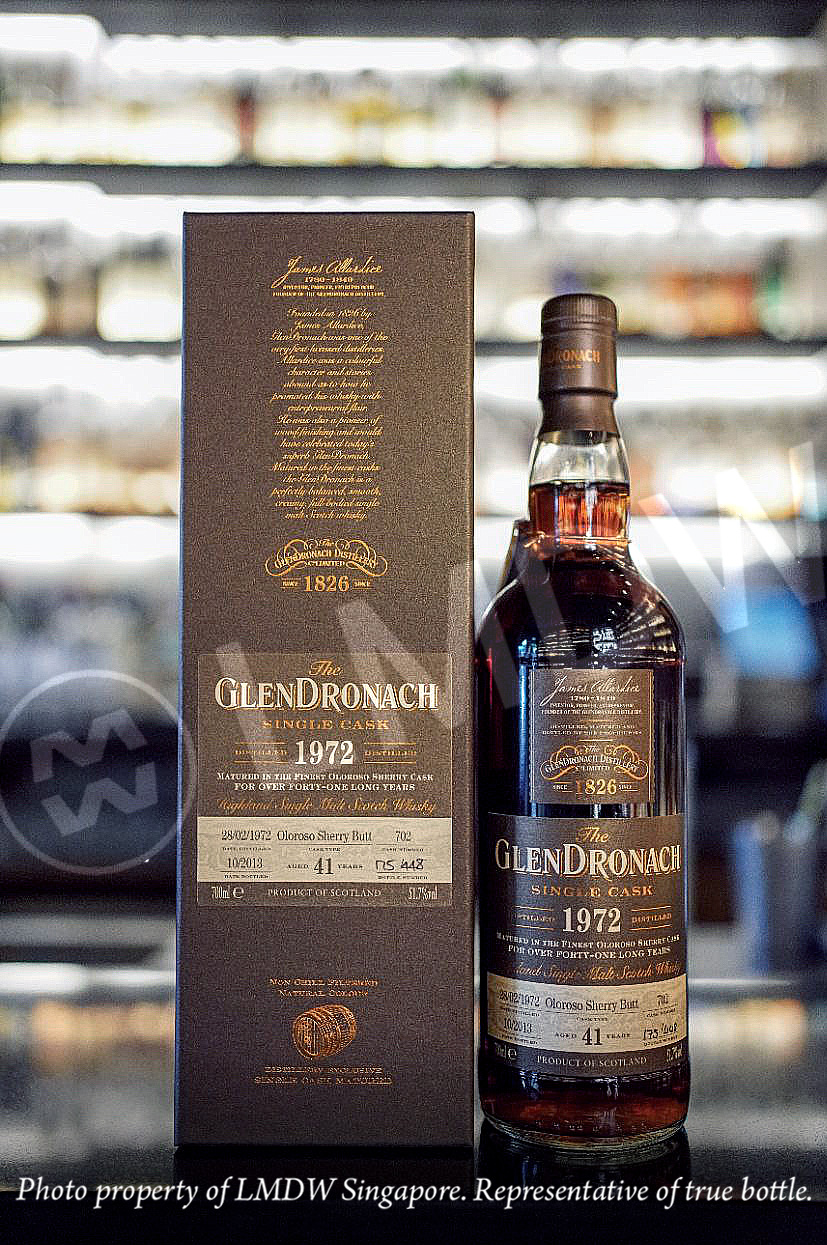 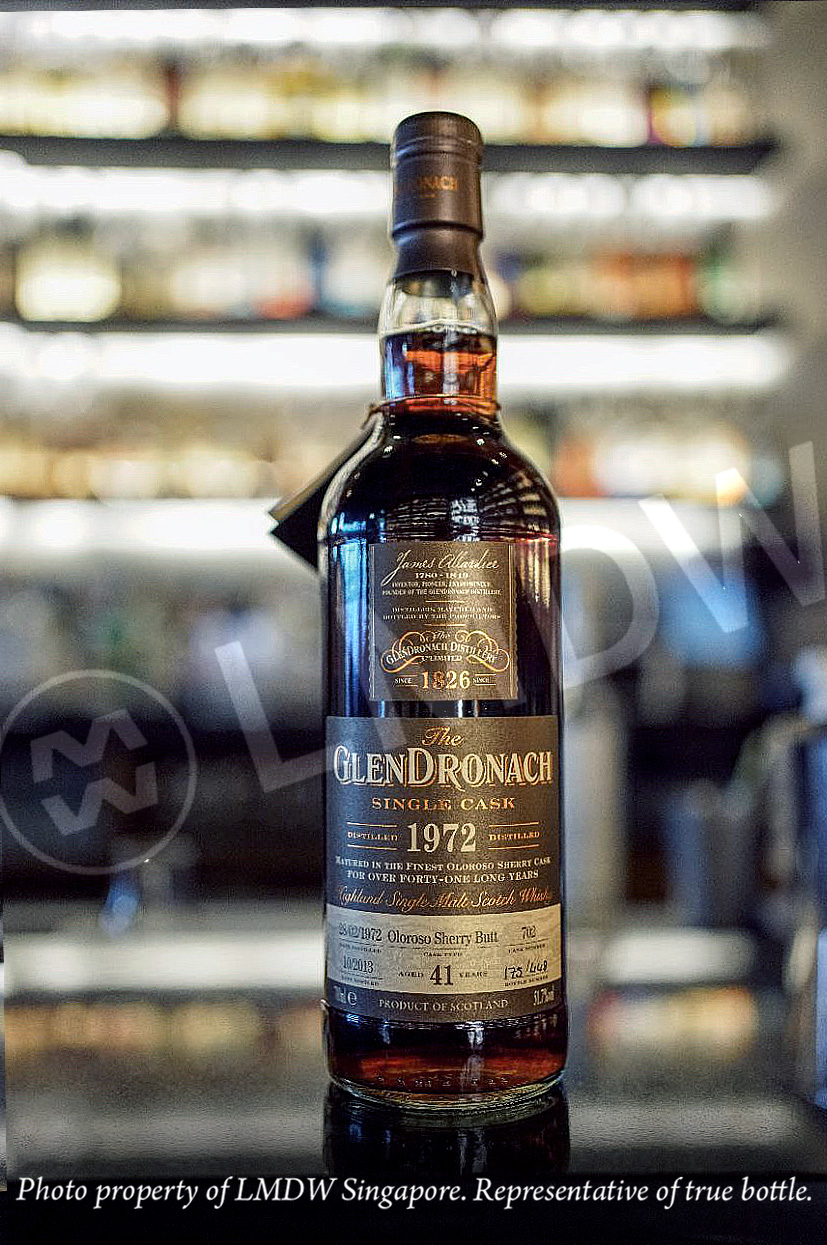 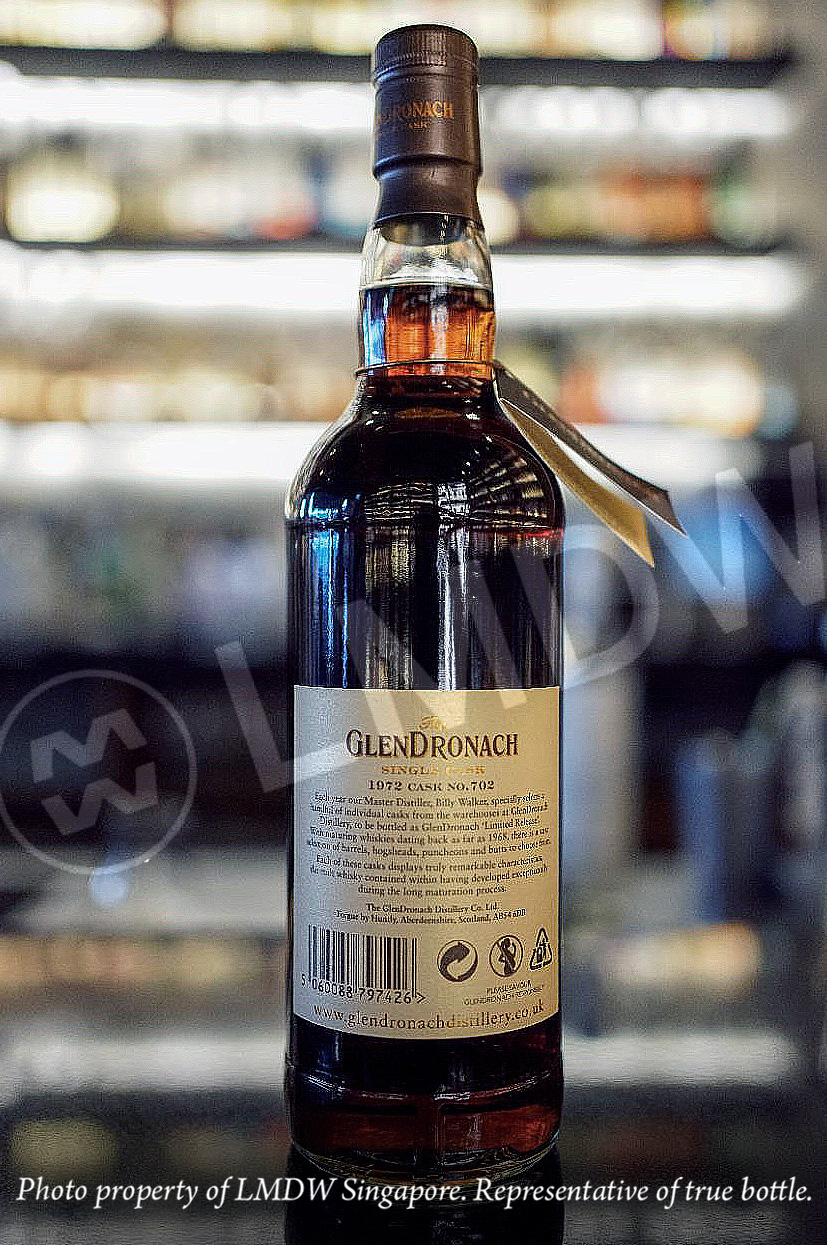 Glendronach was built in 1826 by James Allardice, and rebuilt following a fire in 1852 by an individual named Walter Scott (although not the one you might be thinking of). It eventually passed into the hands of perhaps Scotland’s greatest distilling dynasty, the Grants of Glenfiddich. Charles, the youngest son of William Grant procured the then-silent distillery from the government in 1920, and it remained in the family until they sold it to Wm. Teacher 40 years later. The Grants and Teachers were early champions of the single malt category, and distillery bottlings of Glendronach were produced for most of the 20th century until it was mothballed by Allied Distillers in 1996. The distillery was revived in 2002, and has since become one of the strongest single malt brands in the world.

Distilled in March 1972 and then bottled in October 2013 from single cask number 702 which was an Oloroso sherry butt.