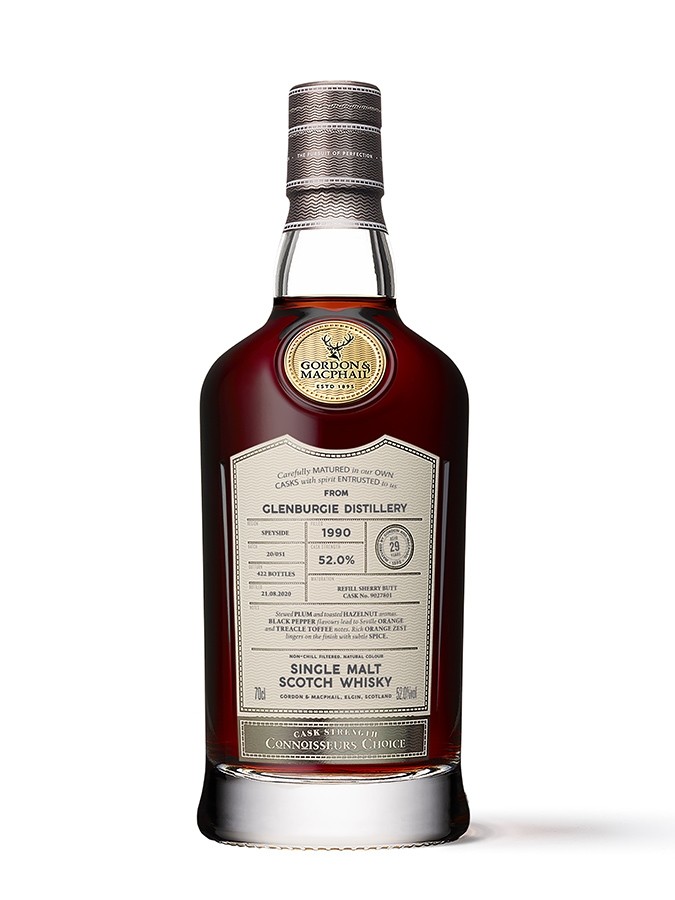 This 29-year-old Glenburgie, distilled in 1990, was aged in Sherry casks before being bottled at its natural degree in the Connoisseur Choice Upper range. This single malt pleasantly blends greedy (dark chocolate, toffee) and spicy (pepper, cinnamon) notes. Of all the existing trade ranges, the Connoisseur Choice range is undoubtedly the oldest. Reviewed and modified several times since its creation, this range knows how to preserve all its quality and its essence. Connoisseurs Choice’s single malts invite connoisseurs to discover the singular expressions of Scotland’s most beautiful distilleries, through different degrees, maturations, years, and profiles.

THE BRAND
Founded in 1829 (or 1810 according to certain sources), the Glenburgie distillery has always been linked with the Ballantines blend and the Allied Domecq company. Since 1958, Glenburgie had the unusual feature of housing two Lomond type stills, which are very rarely used in the industry. They were replaced by traditional pot stills in 1981. Interestingly, its malt can also be found under the name Glencraig, in tribute to William Craig, a former director of production at Ballantines.