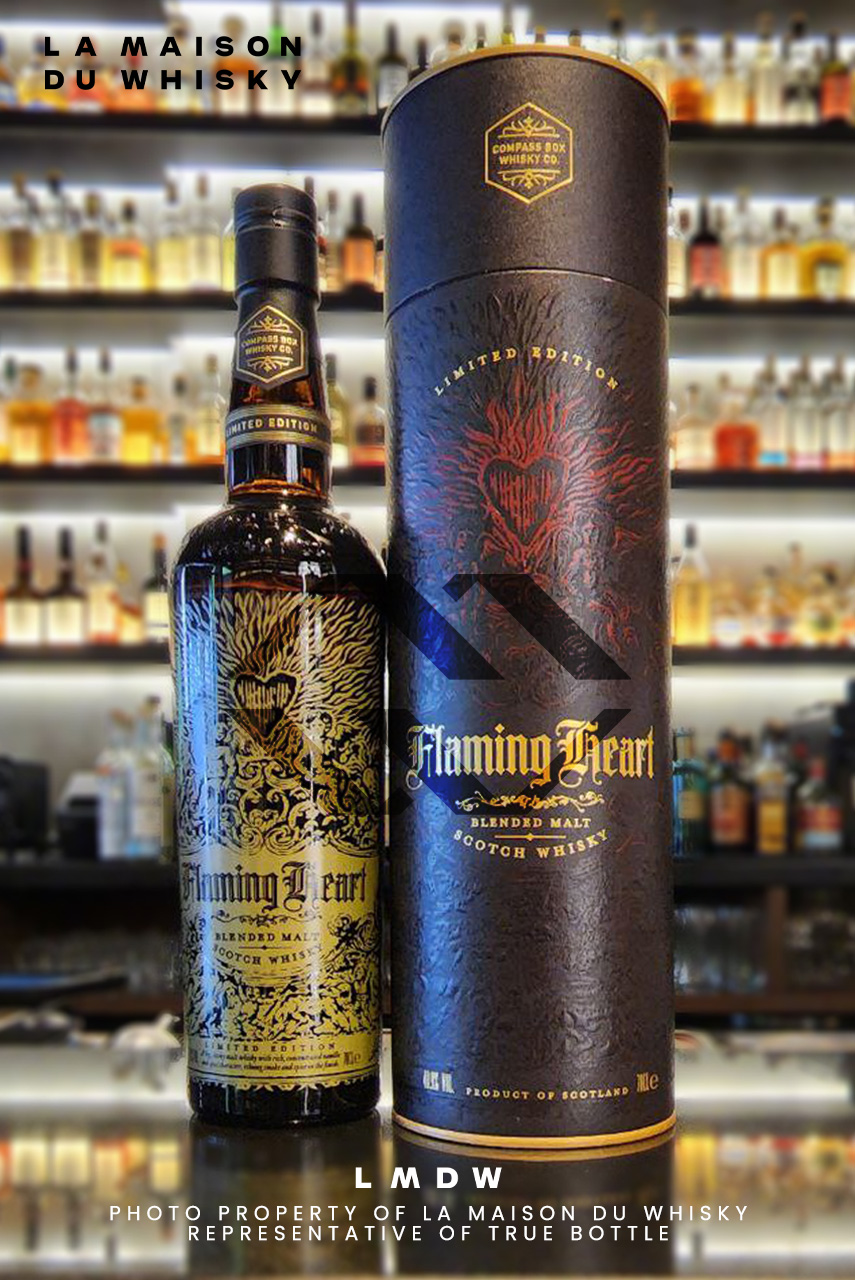 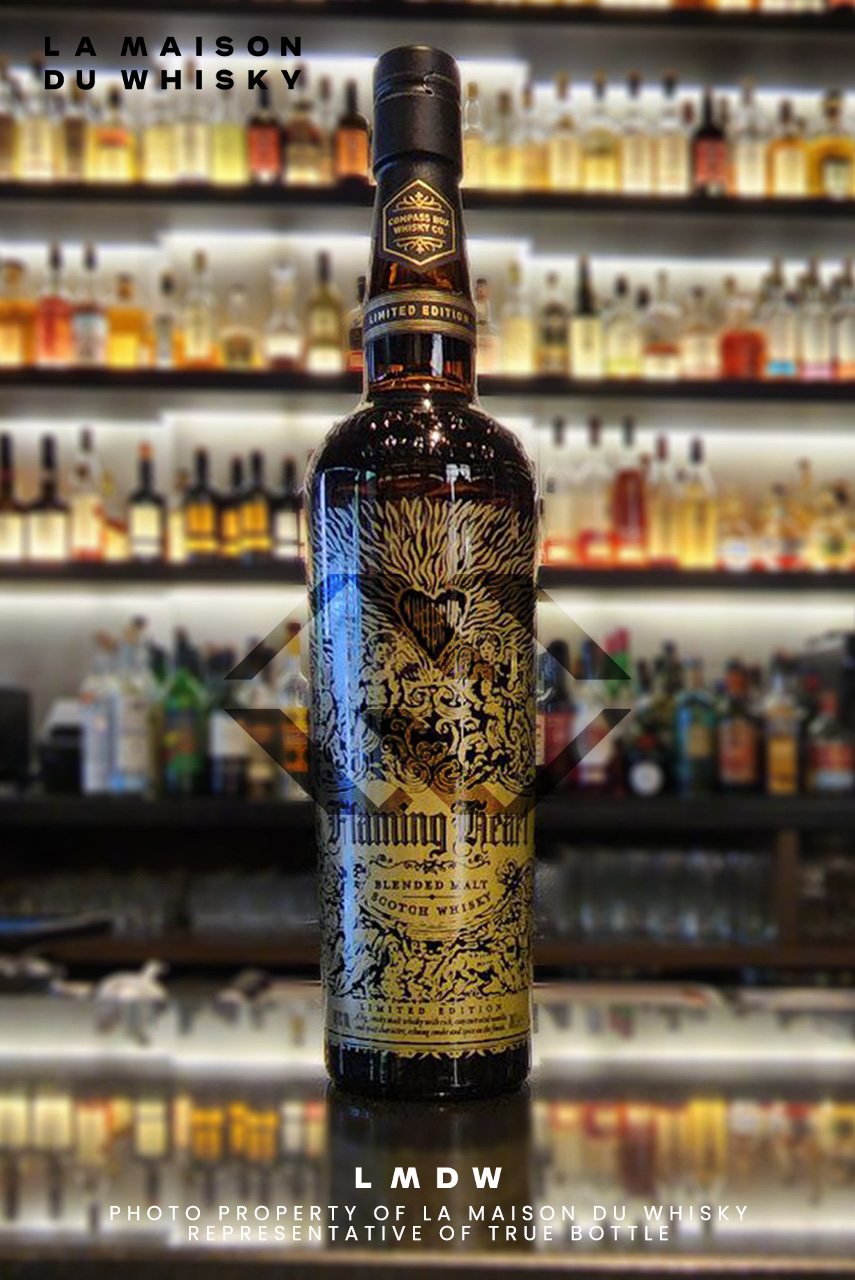 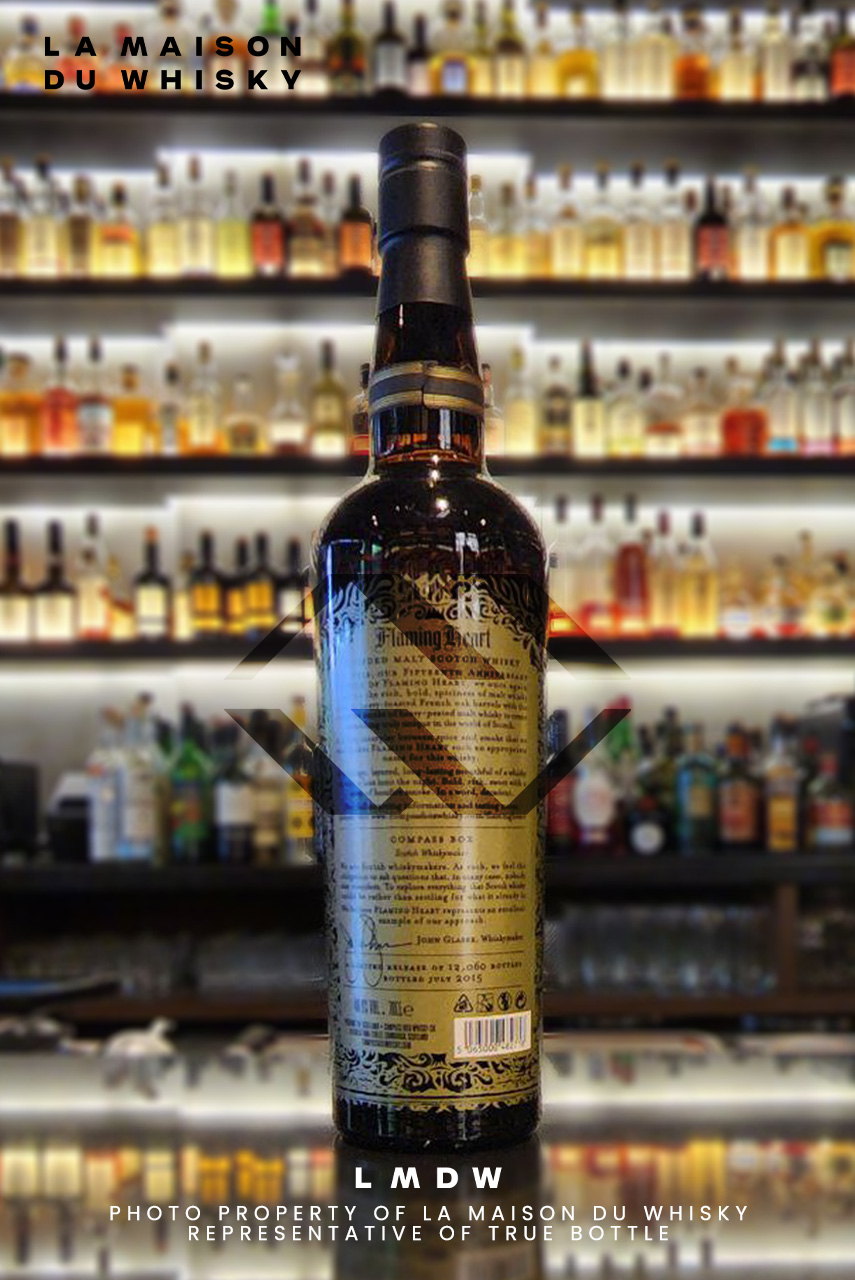 “Every great achievement is the victory of a Flaming Heart.” Ð Ralph Waldo Emerson Since Compass Box Whisky Company launched back in 2000, they have always aimed to experiment, to innovate and to explore where others wouldnÕt in the world of Scotch. No whisky is a greater example of this ambition than Flaming Heart. First released in 2006, Flaming Heart was the first whisky to combine the rich, complex spice of Scotch aged in new French oak with the evocative peat-fired smoke of Islay malt. It created a genre-defying style that was smouldering, spicy, complex Ð and so popular that we re-released it three more times in the years that followed.