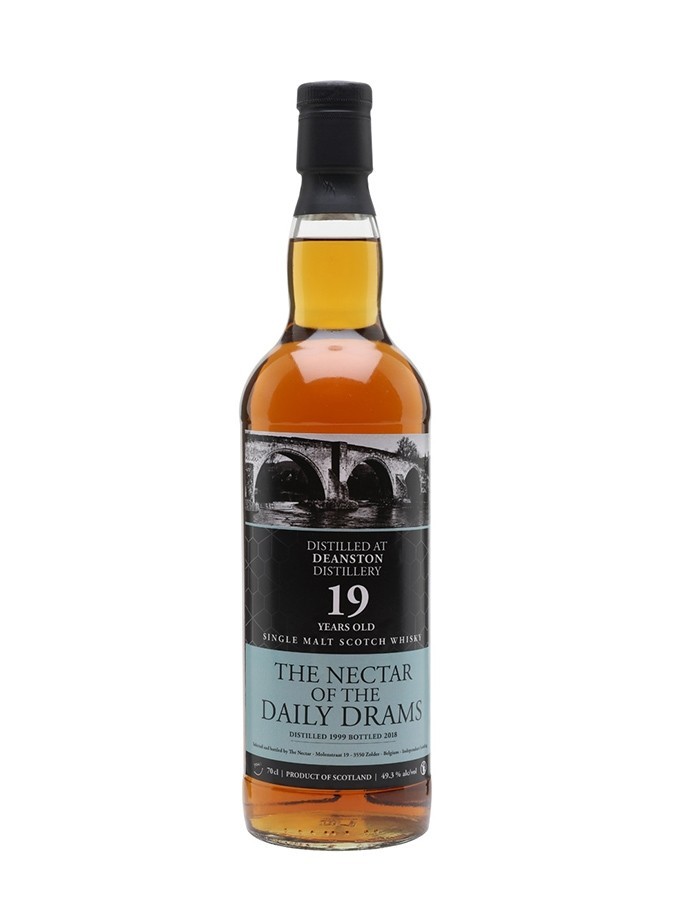 A 19-year-old Deanston single malt bottled by The Nectar for its Daily Drams series. This 1999-vintage – bottled in 2018 – is very much a typical Deanston, with a malt-forward character bolstered by dried fruit and spice.

Owned by the Burn Stewart Distillers group, Deanston was one of the few distilleries built in the 20th century. Founded in 1965, it began distilling in 1966, an important year for cellar masters, who agree that it was the best year for the sherry butt. Closed in 1982 by the Invergordon Distillers group, it wouldn’t open its doors again until 1991 under the guidance of its new owners.