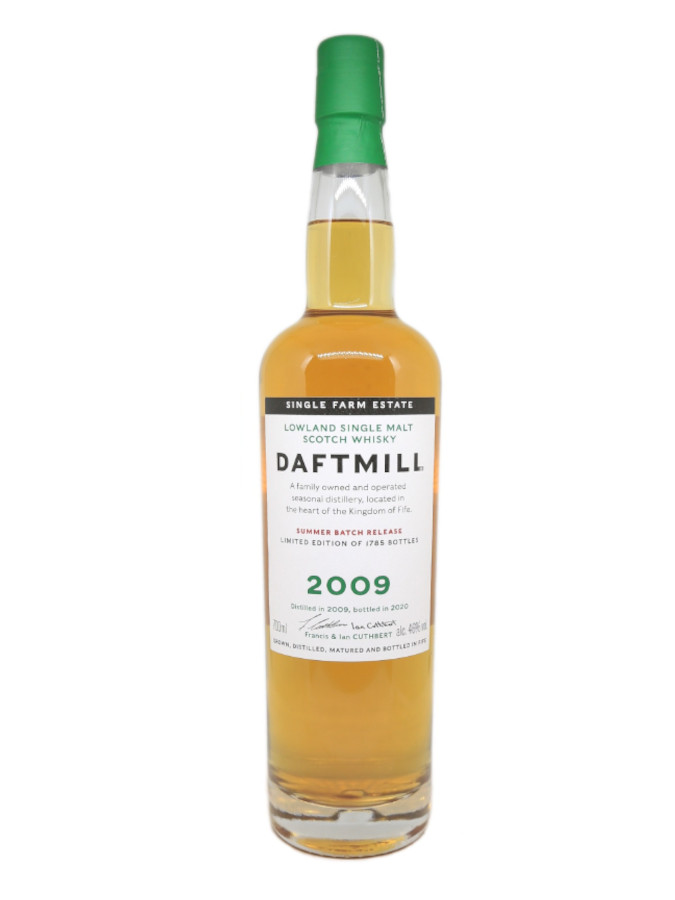 Daftmill is a farm distillery; owned and operated by the Cuthbert family, it only runs in the farm’s quiet periods; mid-summer and winter, sometimes producing as few as 100 casks per year.

The barley variety Optic was grown in the South fields and harvested in the last week of August 2006. It was then stored on the farm to be malted in Alloa during the summer of 2007.

This first fill ex-Oloroso butt and four ex-Bourbon barrels that make up this bottling were distilled and filled in June and July 2009.