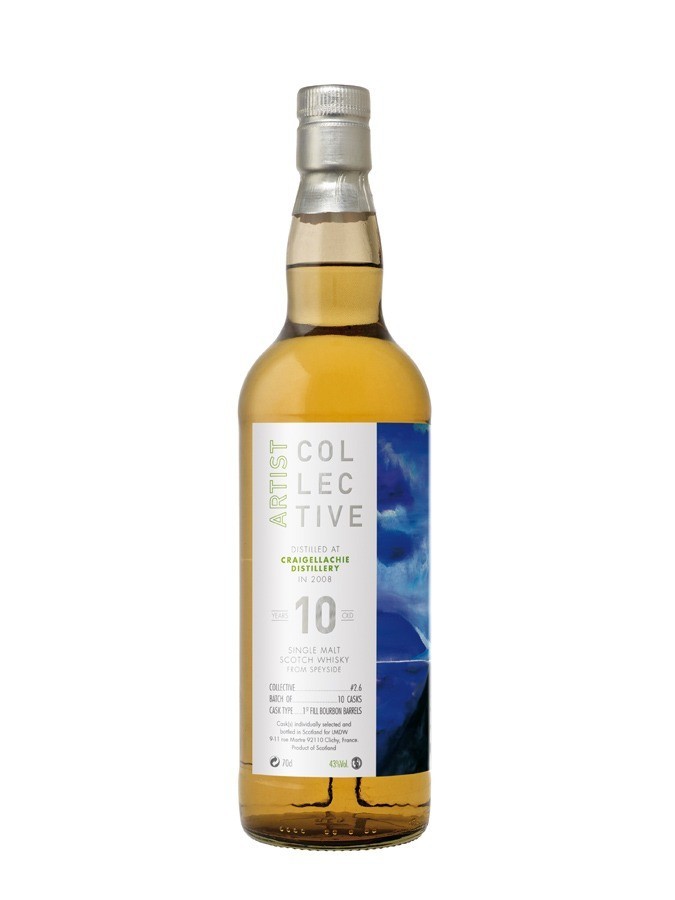 Founded in 1890, the Craigellachie distillery was renovated in 1964, increasing its number of stills from two to four. It is also equipped with eight larch washbacks. Since 1998, it has been owned by Bacardi. If we were to mention only one thing about this bottling’s palette of flavours and aromas, it would undoubtedly be the extreme smoothness with which the three stages of the tastings unfold. This balance is supported in particular by a fruity, herbaceous, malty and spicy backbone.

Profile: the powerful initial nose is fruity (apple), herbaceous and spicy (ginger). Allowed to breathe, it becomes jammy (apricot) and malty (porridge). The dynamic attack centres on vanilla and farmyard (straw) flavours. The mid-palate is powdery (cocoa). The long finish is cocoaey and rich (apricot tart). It lingers with floral (lavender) and fruity (Mirabelle plum) notes. The retronasal olfaction is slightly medicinal (camphor).

Be the first to review “CRAIGELLACHIE 10 ans 2008 COLLECTIVE 2.0” Cancel reply