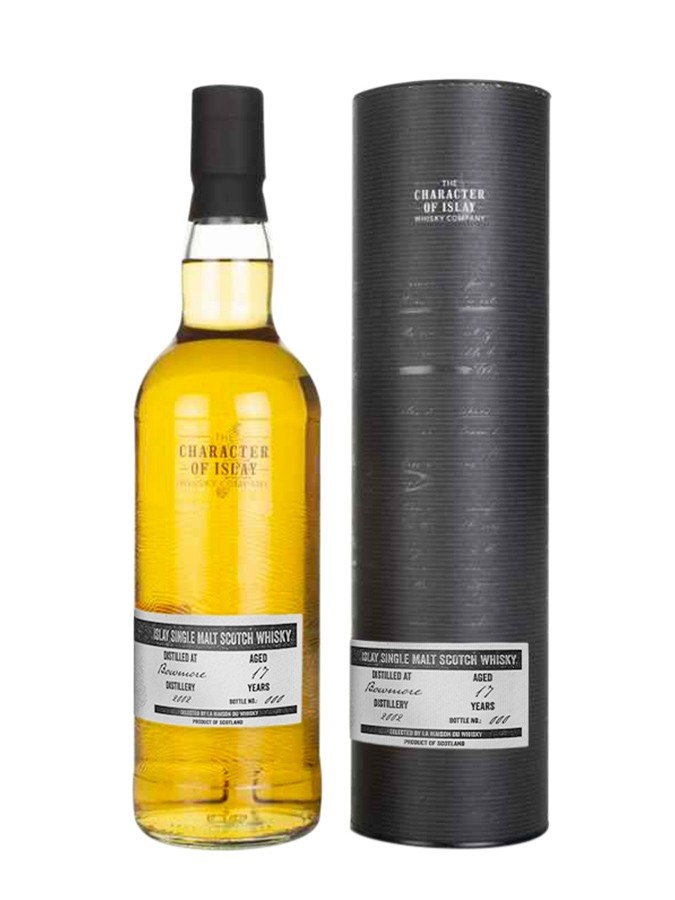 The single malts in The Character of Islay Whisky Company collection fully live up to their retro aspect and their intensely peaty and salty flavour profile. They embody the spirit of Islay. Bottled at its natural alcohol content from a single cask, this 17-year-old Bowmore 2002 is charming on account of its saline, exotic and slightly peaty character.

THE BRAND
Bowmore, founded in 1779 in the town of the same name on the Loch Indaal coast, is the oldest distillery on the Isle of Islay. The No.1 Vaults has played a major role in building its renown, not simply because of the quality of the casks it holds, but also because of its exceptional location. It is actually located below sea level, with the seawall acting as the one of the walls of the vault. The distillery is also famous for its medium-peated bottlings and the special cask finishes that have won it huge acclaim. Still operating according to traditional methods, its barley is partially malted on site.