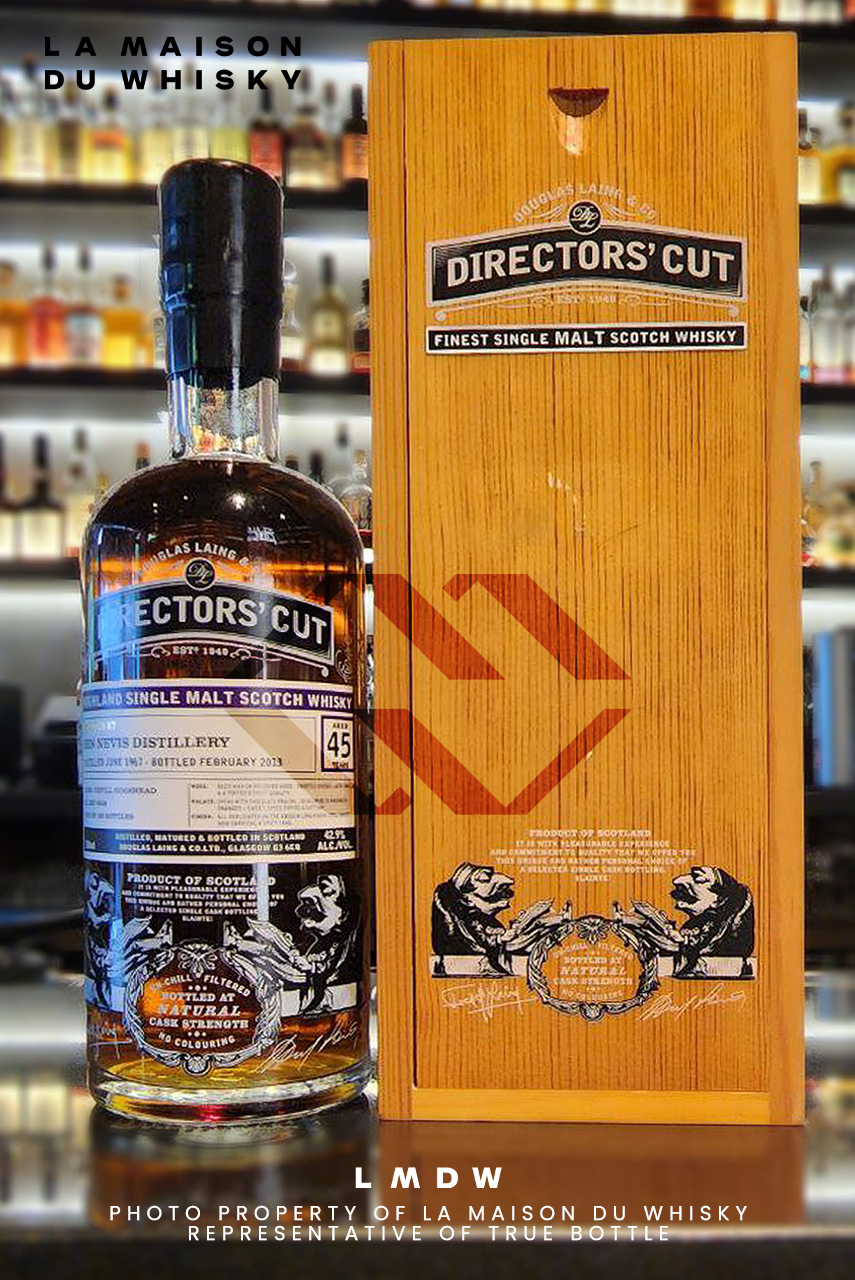 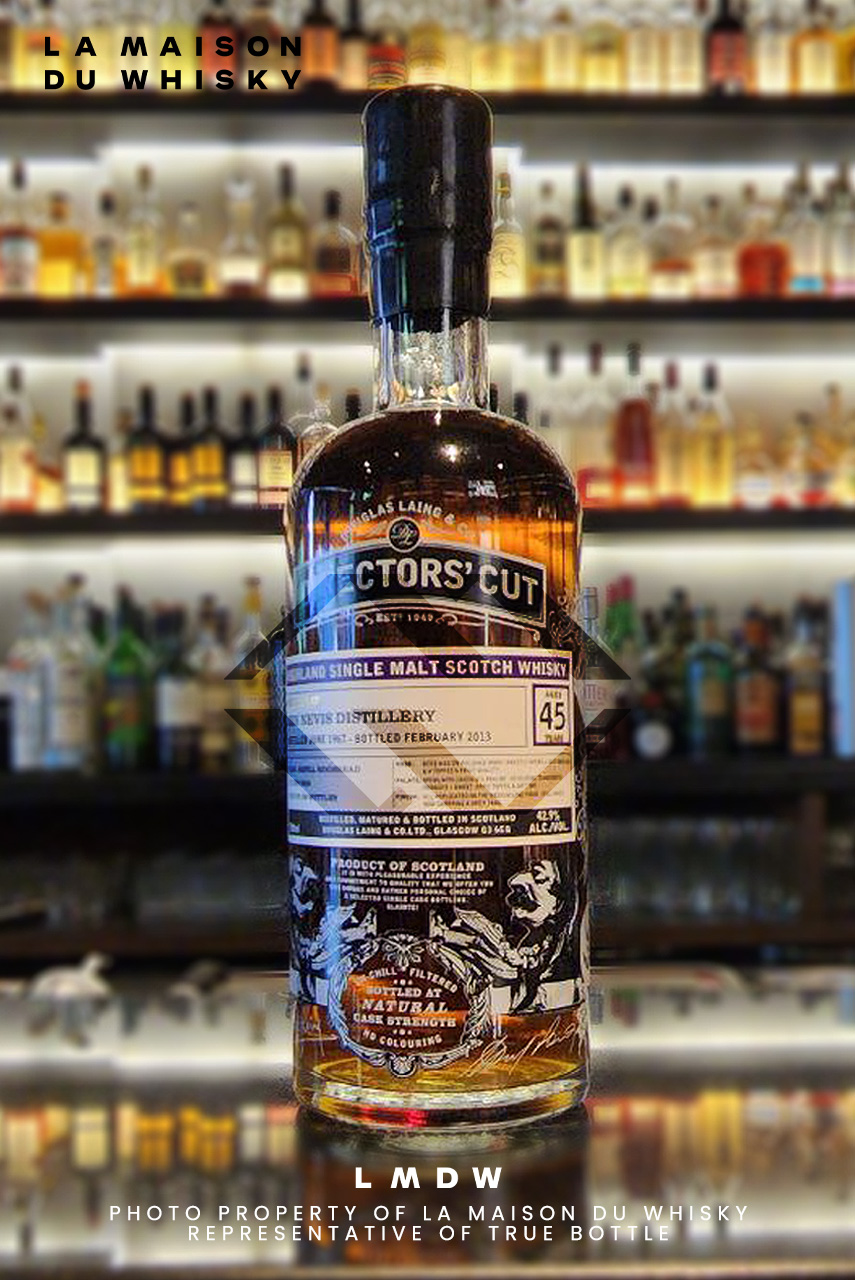 Founded in 1825 and owned by Japanese group Nikka since 1989, Ben Nevis is one of the few bicentenary distilleries in Scotland. Located on the mainland of the west coast of Scotland, in the shadow of the highest mountain in Great Britain, from which it takes its name, Ben Nevis is known for its aging in old sherry barrels. In recent years, the Ben Nevis distillery seemed somewhat dormant, as if in a state of sweet torpor, but it had not said its last word. It was in 2012 that the awakening occurred with the arrival of the intensely peated Ben Nevis Traditional. The distillery still holds many beauties that are waiting to be awakened…

Another of Douglas Laing’s ancient Ben Nevis casks from the 1960s, this refill hogshead was aged for over 45 years before being bottled in 1967 and has notes of beeswax, vanilla, toffee, chocolate praline and soft oak.