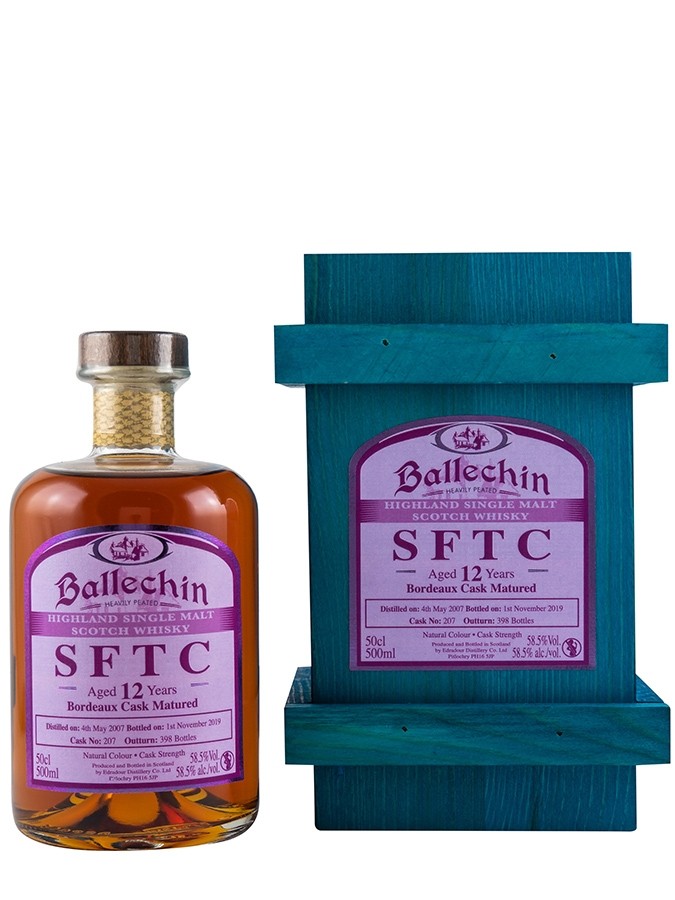 A peaty version of Edradour, this 2007 Ballechin has been aged in ex-Bordeaux wine barrels before being bottled at its natural strength. A beautiful mahogany colour with orange reflections, this single malt has an intense and fruity profile where the influence of the wine (black fruits, tannins) blends brilliantly with the peaty notes of the whisky. Created in 2001, the Straight from the Cask range is inspired by our tastings in the distillery cellars. Each unique cask is selected and bottled by hand, at its natural strength, without any chill filtration or colouring, to preserve the natural characteristics of the whisky and reproduce the experience of tasting straight from the cask.

THE BRAND
When the distillery was bought in 2002, Andrew Symington called on the services of Iain Henderson, the former director of Laphroaig, for the creation of a second, very peaty malt. Given the name of Ballechin, this second single malt is created using malted barley at 50 ppm phenols, a rate comparable to those of the smokiest malts produced on Islay. Available since 2006, it is sold as a yearly vintage in limited runs of 6,000 bottles. Even more revolutionary than its older sibling, Ballechin is aged entirely in casks that have previously held wine from Burgundy and Madeira.

Be the first to review “BALLECHIN 2007 Bordeaux Matured 57.5%” Cancel reply