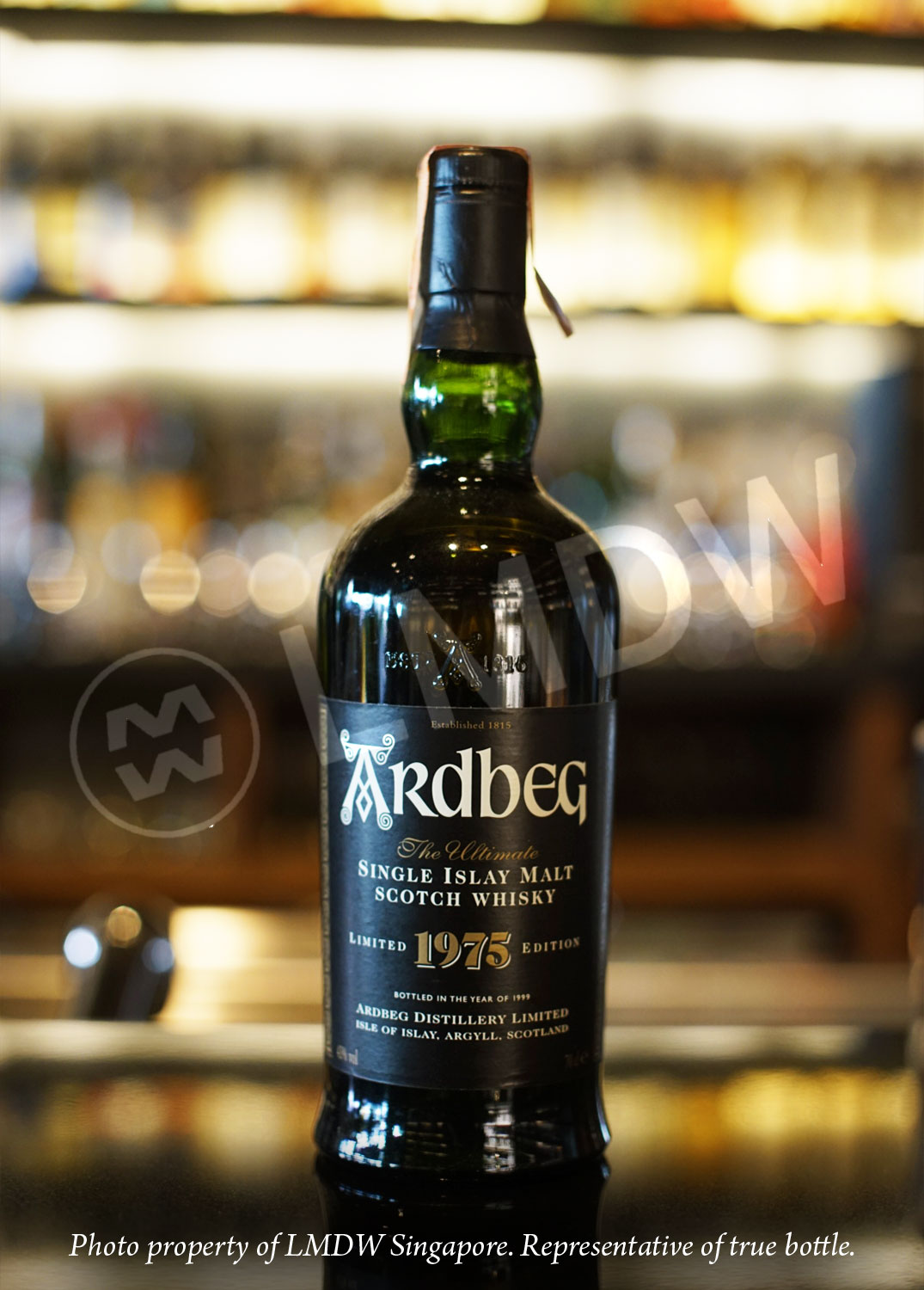 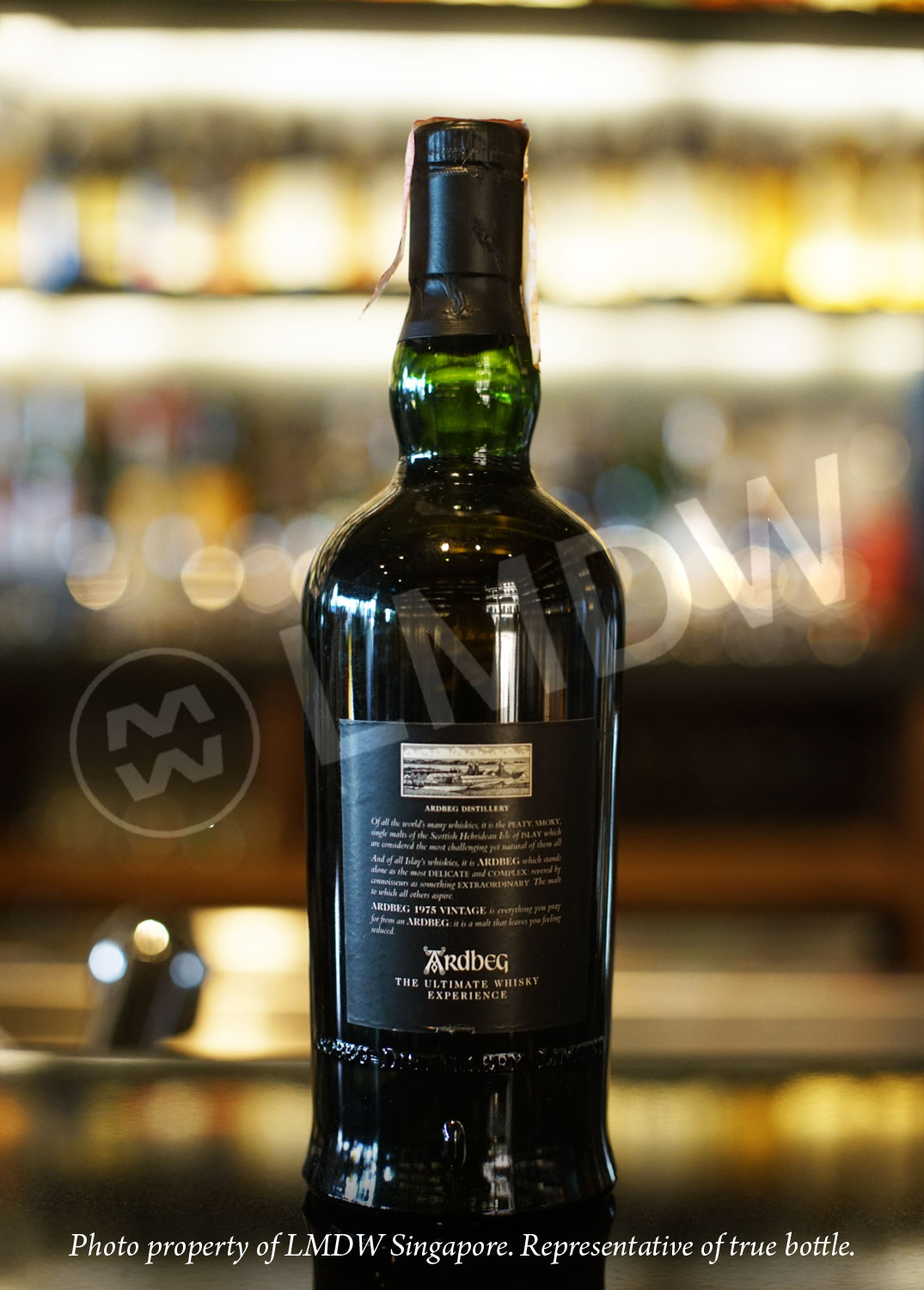 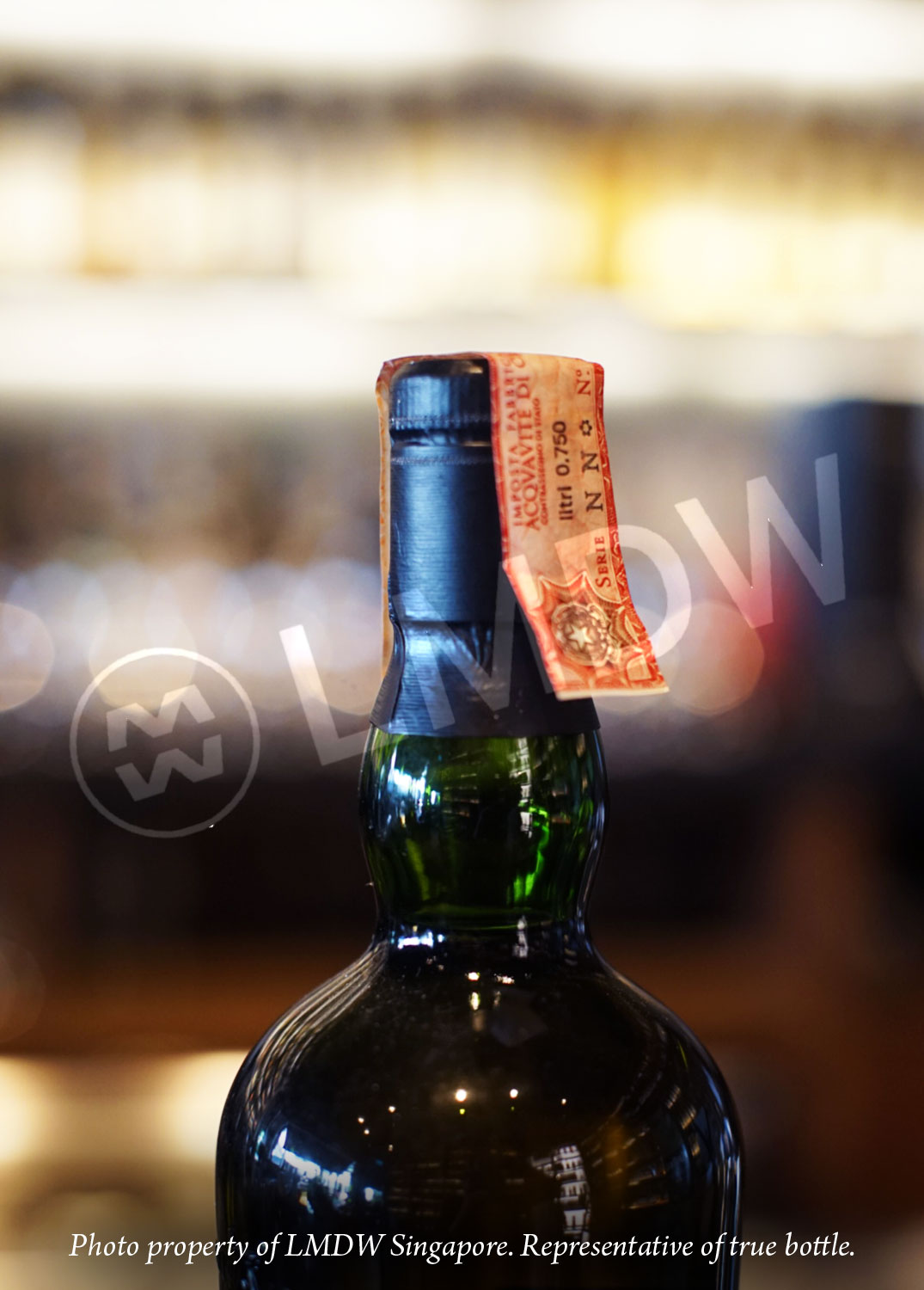 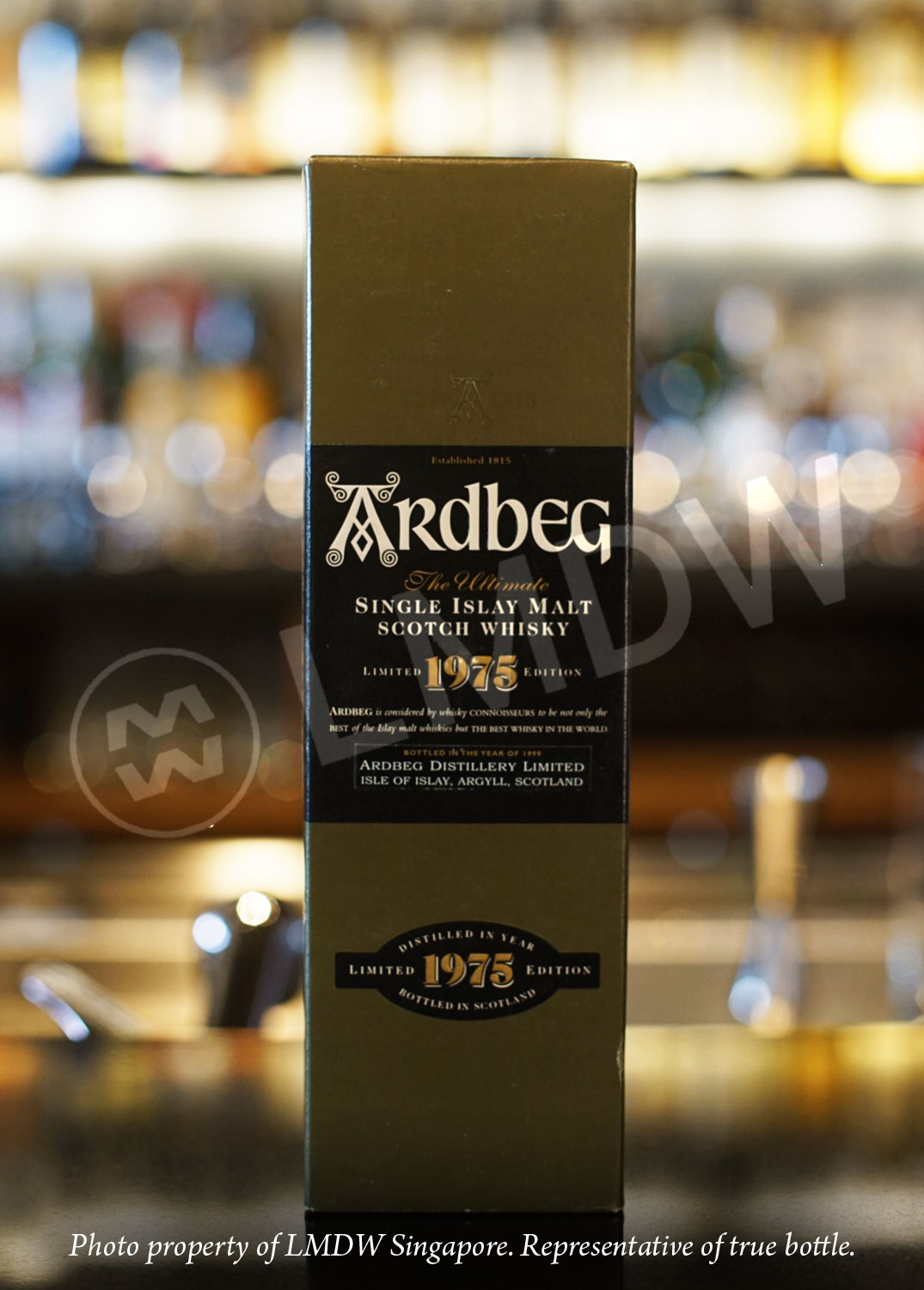 Ardbeg distillery began producing whisky commercially in 1815 and quickly became a valued fixture in the Islay community, with housing, a school and even a bowling green on the site.

The distillery went through tough times in the early 20th century, and was acquired by DCL and Hiram Walker in 1959. An increased demand for peated whisky in the 1960s and ’70s saw Ardbeg source malt from nearby Port Ellen and the late 1970s marked the end of an era of self-sufficiency for the distillery before it was mothballed in the 1980s.

This bottle is an old vintage release of Ardbeg 1975, bottled in 1999 shortly after the Glenmorangie takeover.