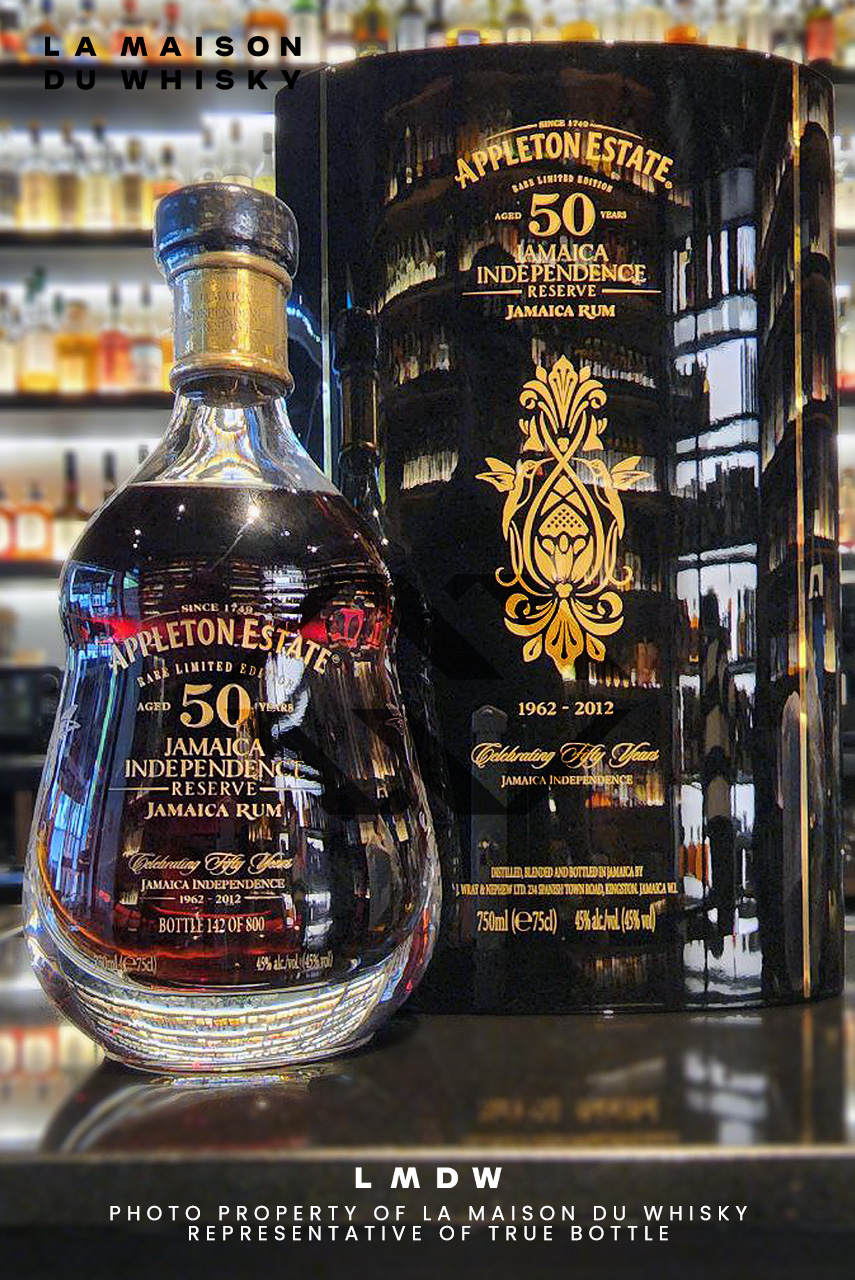 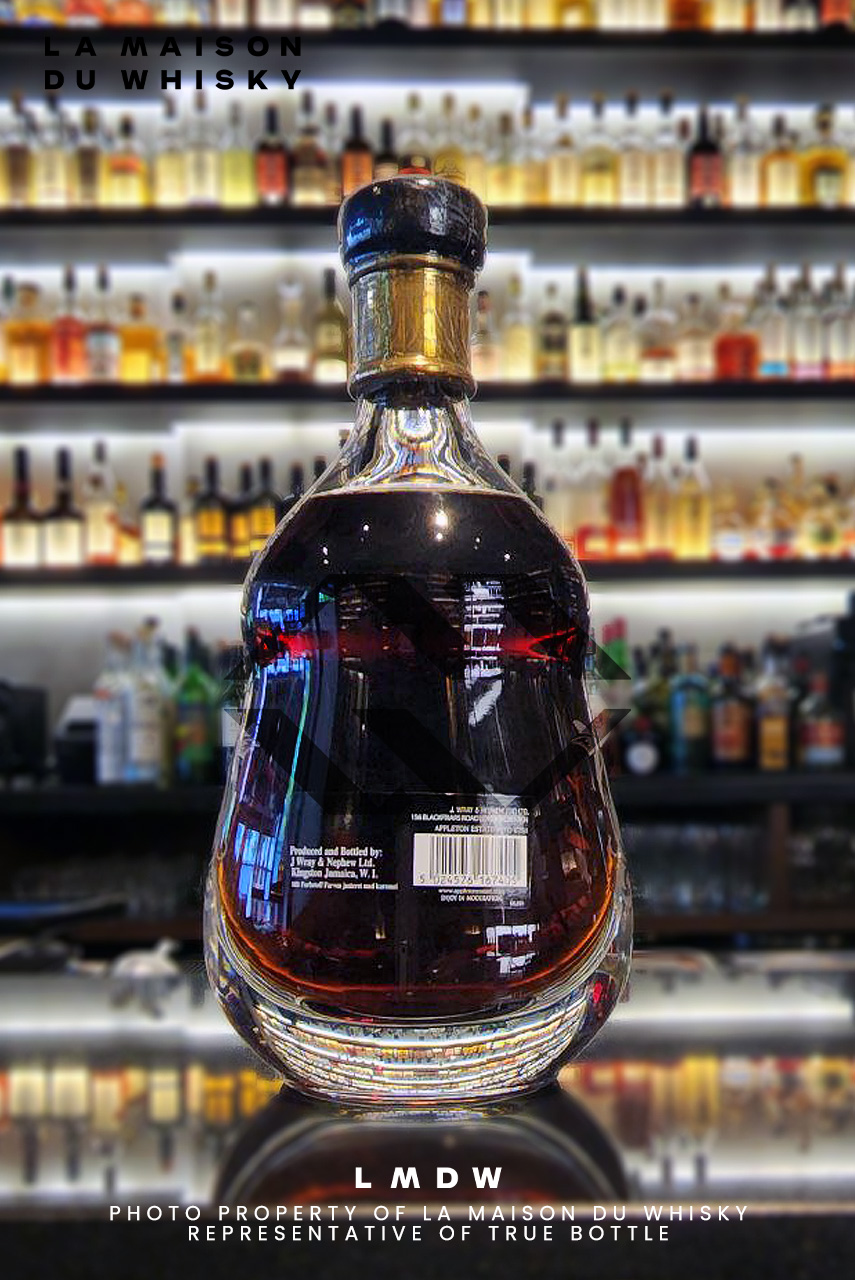 The Appleton Estate was founded in 1655 as a sugar plantation, but began producing rum in 1749. This makes it the oldest still-active rum distillery in Jamaica. The Appleton Estate Special, the estate’s flagship product, was created during World War II to address a shortage of whiskey on the island. Over the decades, the distillery has weathered various crises thanks to its independent supply of sugar cane. In 1997, the Appleton Estate was a pioneer in appointing Joy Spence as Master Blender, the first woman in the rum industry to hold such a position. Highly regarded by experts, The Appleton Estate regularly wins numerous awards for the consistently high quality of its production.

Released in 2012 in celebration of the 50th anniversary of Jamaica’s Independence, this is a 50 year old Appleton Estate Jamaican rum. That’s right, 50 year old rum. As you can imagine, there’s really not much rum of this age around, and only 800 bottles of this special release were produced. A very prestigious bottling, one that rum enthusiasts will likely be staring at with their jaw on the floor for quite a while indeed.

Bottle & packaging: This bottle comes with a box. The liquid level is around collar and box is slightly dented..
All photos featured are of the actual bottles. Any defects will be clearly photographed & mentioned.